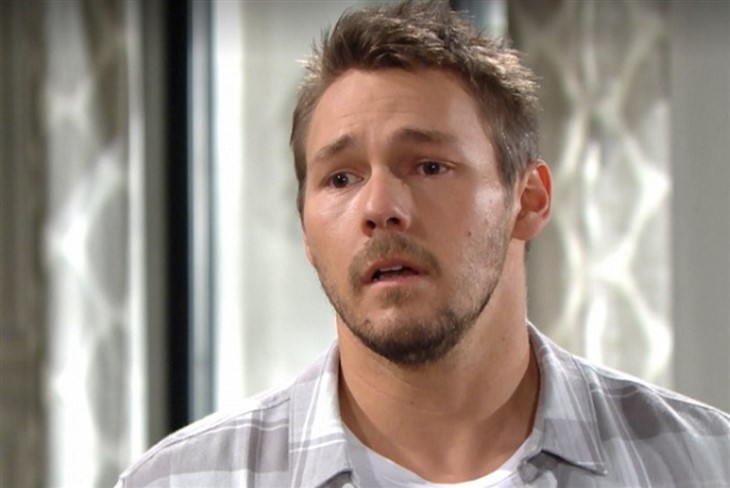 The Bold and the Beautiful (B&B) spoilers document that Bill Spencer (Don Diamont) might have covered his tracks. It’s possible that the actions he took, after Vincent Walker (Joe LoCicero) was hit by Bill’s car and then died minutes later, erased all evidence of what happened.

While the authorities are on the case, Deputy Chief Bradley Baker (Dan Martin) doesn’t appear to have any clear evidence that implicates Bill or Liam Spencer (Scott Clifton). However, Liam’s personality could prove to be the problem that sinks Bill’s efforts.

Bill was on the horn to a rich friend who lives overseas. That conversation facilitated the sale of his sports car, which seemingly has already been shipped out of the United States.

The audience hasn’t been made aware of the car’s current location. If it was shipped or flown out of Los Angeles, California, then that key piece of evidence could be unattainable.

Vinny’s wallet and smartphone was taken by Bill. Diamont’s character crushed the electronic device under the wheel of the car before throwing it and the wallet into the dark hills.

Bill drove his unconscious son back to the mansion that Taylor Hayes (Hunter Tylo) once owned. Various dramatic incidents have taken place at that setting, with hardcore fans recalling Taylor shooting Bill in the back in response to the brief connection he had with her daughter, Steffy Forrester (Jacqueline MacInnes Wood).

Liam’s waking hour visions of Vinny’s vengeful ghost are far more chilling than a nightmare. A clear mental disintegration is happening, with Liam being unable to cope with the unmanageable dilemma he finds himself in.

The Bold And The Beautiful Spoilers – To Tell The Truth Again?

Liam was so frazzled after the cliff house incident that he felt compelled to tell Hope Spencer (Annika Noelle) what he’d done. Steffy didn’t want Liam to spill until after the paternity test results were known. But Clifton’s character took the high road and came forward. That was a plus in Hope’s mind.

Someone’s personal history is an indicator of the future, but not always in a definitive way. So, Hope will be able to compare the honorable response Liam offered, when coming forward about the paternity issue, to his not telling her how Vinny died.

While Hope loves Liam more than any man alive, her recent separation request revealed that she has her limits. Yes, Lope was making progress toward a reconciliation. But this lie is so egregious that it threatens that family’s existence.

Liam’s conscience has already gotten the best of him. So, he could confess to Deputy Chief Baker, Hope or both at any time.