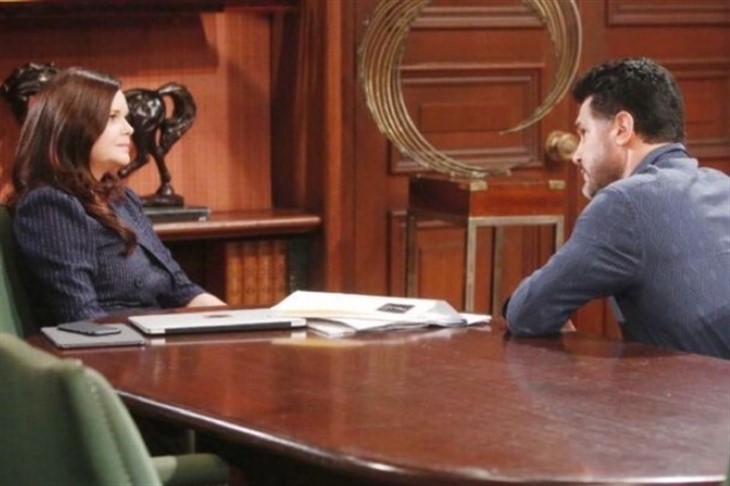 The Bold and the Beautiful (B&B) spoilers tease that the police are taking the town by storm after a drug dealer was found dead at the side of the road. But this wasn’t just any dope peddling long haired punk. This guy also had a day job as a lab tech and he wasn’t above switching test results on a whim.

With a background like this, is it any doubt that Vinny Walker (Joe LoCicero) wound up dead? He obviously had his share of enemies given his line of work. Not to mention that the major players involved in his paternity test switch fiasco were hopping mad at him. Did one of the test switch victims do him in in a fit of rage? That is what the police intend to find out and it takes two to investigate this crime.

Dan Martin was seen last week on B&B as deputy chief Bradley Baker. He’s back in action this week as he tries to solve the crime of who killed the drug dealer. We have a pressing question: why wasn’t he eating a hot dog or digging through a bag of chips?

In the past he has provided comic relief due to his love of food, and always seemed to be munching on something or other as he went about solving cases. This time around he was all business, a real Debby Downer. Maybe he’s on a diet?

Fans can look forward to seeing Baker when he grills Bill Spencer (Don Diamont) and Katie Logan (Heather Tom). Does he suspect either one of them? He should since Bill covered up the crime after his son Liam Spencer (Scott Clifton) hit Vinny with his car. But Liam is a nervous wreck and could blurt out the inconvenient truth at any moment.

The Bold And The Beautiful (B https://t.co/8YkOQSnvxG #Bold #BB #BoldAndThebeautiful

Baker isn’t the only one investigating the case however. Bold and the Beautiful comings and goings show Jeremy Ray Valdez is back on the scene as police detective Alex Sanchez. He will be seen on Thursday, April 22 and Friday, April 23.

Valdez was last seen on the soap opera last July. Will the no nonsense cop find a way to figure whodunit?

Be sure to catch up on everything happening with B&B right now. Come back to Soap Opera Spy often for The Bold and the Beautiful spoilers, news, and comings and goings updates.