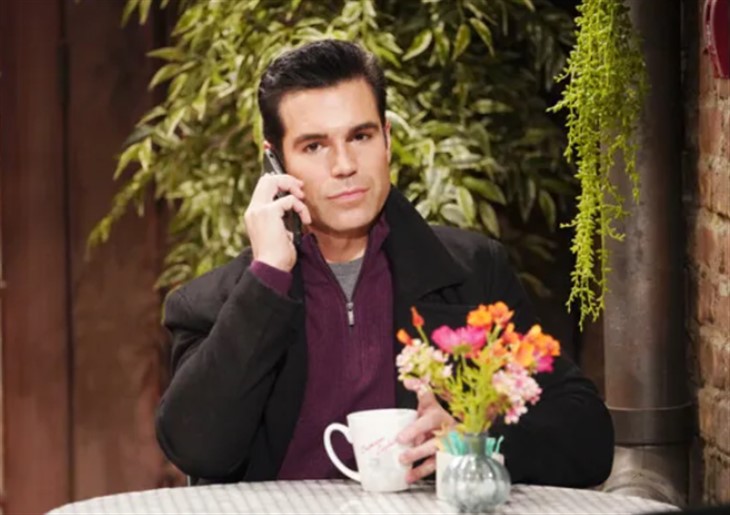 The Young and the Restless (Y&R) spoilers document that Rey Rosales (Jordi Vilasuso) knows that he should focus on the trip with his wife, Sharon Rosales (Sharon Case), to Miami, Florida. But Chelsea Lawson (Melissa Claire Egan), remains on Rey’s mind.

Connor Newman (Judah Mackey) was happy when Adam Newman (Mark Grossman) spoke to him via video chat. The conversation included a reference to Chelsea’s treatments. But that stall will need to be followed by further information, as Adam and Chelsea spoke about their son returning home in the coming weeks after boarding school lets out for the summer.

The Young And The Restless Spoilers – Adam Newman Leery Of Snooping

Rey is an accomplished professional. He protects and serves the public, but is distrusted by those who have run afoul of the law and by certain individuals who have a problem with order and authority. Adam checks all the negative boxes in those regards.

Chelsea worked a deal with Victor Newman (Eric Braeden). She agreed to confess to Rey and Michael Baldwin (Christian LeBlanc) in return for Victor’s protection. The agreement has resulted in the charges being dropped against her. But the rub is that Chelsea was declared to be not guilty because she was out of her mind at the time the crimes were committed.

Victor’s attorney handled the legal end. His doctor is facilitating the treatments that Connor learned about and Adam doesn’t want Rey upsetting this plan.

Rey is sympathetic to Chelsea, even though she knowingly poisoned him. Vilasuso’s character blames Adam for Chelsea’s actions and her current plight.

Just a handful of months ago Adam was provoking Rey, playing mind games that were intended to disrupt Shey. Thankfully for Sharon, Adam’s efforts didn’t work.

But Rey hasn’t forgotten and definitely hasn’t forgiven Adam. Settling this score is something Rey wants to do in order to realize justice or to get as close to that as possible in Genoa City, Wisconsin.

The Young And The Restless Spoilers: Abby Cut Off From Chance – Victor Establishes Tie With Ashlandhttps://t.co/AUVGQ4fAzF

The Young And The Restless Spoilers – Chelsea Lawson Far From Better

While Victor’s intentions weren’t pure, the Moustache was right about Chelsea needing mental health care treatments. While her doctor is owned by Victor, he is qualified to handle Chelsea’s case.

Chelsea and Adam share a goal, for her to get better so that she can be released from the psychiatric ward. Doing so will allow her to be with Connor and possibly Adam again.

As for Chadam, Adam told Nikki Newman (Melody Thomas Scott) that he wasn’t sure whether he and Chelsea could reestablish their relationship. Hopefully, for Connor and even for them, that happens. But Rey won’t go away and that remains a problem on Y&R.