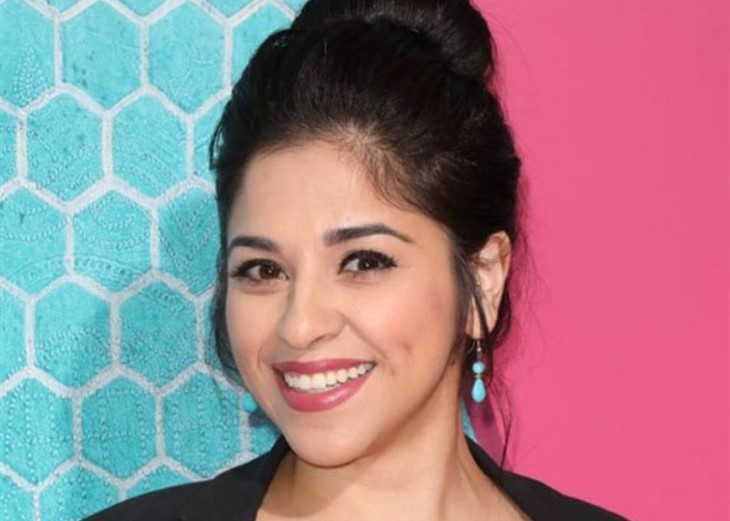 Formerly known as Mia Rosales on “The Young and the Restless,” Noemi Gonzalez joins the cast of the upcoming movie titled “The Valet.” The film, which is an English-language remake of Francis Veber’s French movie, is written by Rob Greenberg and Bob Fisher and directed by Richard Wong.

The Young And The Restless – 5 New Actors Joins Cast of The Valvet.

Gonzalez, who currently appears on Netflix’s “Selena: The Series” was one of the five actors who were added to the cast of the Lionsgate film. The other four were Tiana Okoye, Diany Rodriguez, Armando Hernandez and Carlos Santos. Other cast members include Eugenio Derbez and Samara Weaving. The actress will play the role of Clara while Okoye takes on the role of Amanda. Rodrigues portrays Natalie while Hernandez and Santos will play as parking valets.

The film follows the story of Olivia, played by Weaving, who’s having an affair with a married man. She asks for Antonio’s (Derbez) help to pretend as her lover to cover for her relationship. Antonio is a hard-working parking valet at a Beverly Hills restaurant, whose dealings with Olivia will change his simple life.

Derbez and Ben Odell produce the film under 3Pas Studios while Meredith Wieck and Aaron Edmonds spearhead the project as Lionsgate’s representatives. Gonzalez is represented by Zero Gravity Management and The Kohner Agency. Her other acting credits include “East Los High,” “Gang Related,” “Rosewood,” and “The Kicks.”

Y&R episode will be filled with a lot of scheming between Victor Newman (Eric Braeden) and Billy Abbott (Jason Thomspon). The former will be busy preparing for Newman Media while the latter will do his prep work to question the credibility of Victor’s newly purchased company.

Victor will uncover a major bombshell, which he’ll reveal to Amanda Sinclair (Karla Mosley). He may have run into the secret while he’s preparing for Newman media or maybe it’s a secret that he’s been keeping for a while now. The shocking info has something to do with Amanda’s past and she’ll be intrigued once Victor lets her into the secret.

Meanwhile, Kyle Abbott (Michael Mealor) will get another DNA test and will inform Tara Locke (Elizabeth Leiner) about his plans. He also plans to have an interview or press conference once the DNA results confirm his paternity. Kyle tries to reassure Summer Newman (Hunter King) that everything will be fine but she’ll still be terrified of what the future may bring.