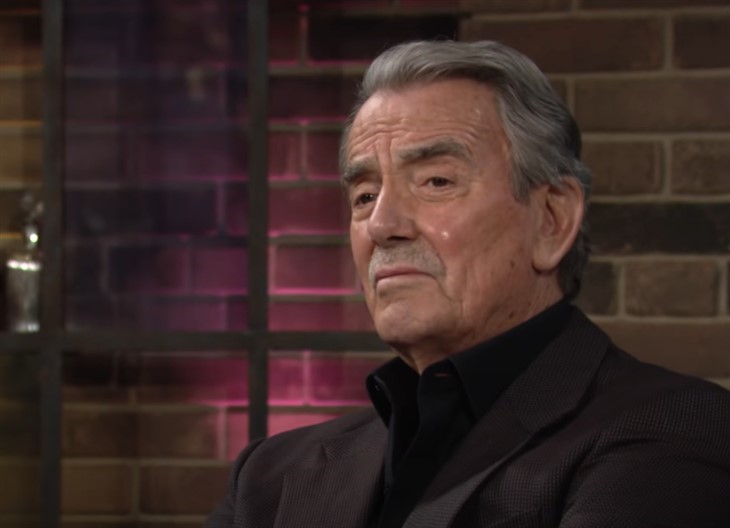 The Young and the Restless (Y&R) spoilers for Thursday, May 20, 2021, reveal Victor making a decision and his family better do what he says — or else.

The Young And The Restless Spoilers – Victor Newman’s Two Sons

The latest Newman crisis is over as Faith (Reylynn Caster) is now home from the hospital as Adam (Mark Grossman) gave her a new kidney. Of course, this all took effort as Nick (Joshua Morrow) had to fly down to Kansas, find Adam, and bring him back to Genoa City. Then, there was the little matter of the tornado in which Nick was stuck and Adam brought a rescue team.

It was touch and go there for a while after the surgery as Adam has a dream that his life was a chess game with Victor (Eric Braeden). He woke up wanting to make amends for his life and start anew. That’s where Victor comes in on Thursday. He needs Nick and Adam to make it official. Can they actually call a real truce and be brothers for the first time in their lives? If The Great Victor Newman has anything to say about it, they will.

Then there’s Chelsea (Melissa Claire Egan). Will anyone ever forgive her? Remember, she’s quite the con who has nine lives and has managed to convince everyone trying to kill Rey (Jordi Vilasuso) and set up Adam was the result of a mental breakdown. She can’t be held accountable because she wasn’t in her right mind. (Is she ever?)

The Young and the Restless spoilers say she issues an apology to someone on Thursday, but whom? Does she tell Adam she is sorry for setting him up or Rey she is sorry for trying to kill him? We know Adam feels bad for her now and that he caused all of this. (Well, maybe he did cause some of it.)

But Rey is onto her and thinks she knew what she was doing all along. Chelsea may be in a lot more trouble than she bargained for when Rey does a little digging with Chloe (Elizabeth Hendrickson). Will Chloe cave on her friend or try to save herself? Stay tuned to The Young and the Restless weekdays to find out.

Royal Family News: Prince Harry Has Told Conflicting Versions Of His Experience At His Mother’s Funeral