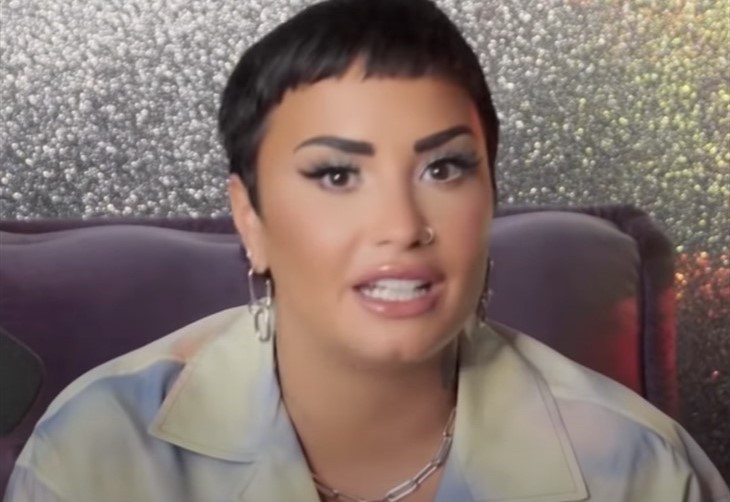 Demi Lovato has shared that they are non-binary and announced a pronoun change.

The 28-year-old pop star who debuted their new podcast, 4D With Demi Lovato, opened the episode saying, “I want to take this moment to share something very personal with you. Over the past year and a half, I’ve been doing some healing and self-reflective work and through this work, I’ve had the revelation that I identify as non-binary.”

The singer -who opened up about identifying as pansexual in March -went on to share a change in pronouns, continuing, “With that said, I’ll officially be changing my pronouns to they/them. I feel that this best represents the fluidity I feel in my gender expression and allows me to feel most authentic and true to the person I both know I am and am still discovering.”

Lovato who noted that they don’t consider themselves an expert or spokesperson on the subject has always been an outspoken LGBTQIA+ advocate and ally for many years, adding “I will also be acceptable if people slip and say ‘her/she’ because I know that being in my position, it’s going to take a while for people to get used to.”
They spoke with non-binary performance artist Alok Vaid-Menon on an episode of the show, who said “We are people who have existed for thousands of years, who actually experience ourselves outside of the idea of man or woman.”

In conversation with Vaid-Menon, Lovato reflected on their struggles with identity, saying “In 2018 when I overdosed, I feel like the reason why that happened was that I was ignoring my truth. I was suppressing who I really am in order to please stylists or team members or even fans who wanted me to be the sexy, feminine pop star in the leotard and look a certain way. I thought that was what I was supposed to be. Now I just realize it’s so much more important to live your truth than to ever suppress yourself because that’s the type of stuff that happens when you do.”

Also referencing their whirlwind engagement to actor Max Ehrich last year, they added “I got engaged to a dude and was like, ‘OK, maybe this is it!’ But it still didn’t feel right. I knew when things didn’t work out, I knew why it didn’t feel right. It’s because I wasn’t being myself.”

Anthony Ramos, GLAAD’s Head Of Talent Released A Statement In Support Of Lovato Following Their Announcement

Following Lovato’s announcement, GLAAD released a statement supporting the star, with Anthony Ramos, GLAAD’s Head of Talent saying “Gender is not simply male or female. Non-binary people live outside of those rigid categories and they should be respected for who they are, which includes using the pronouns they tell us to use. People identifying as non-binary is not new—and recognition and visibility of non-binary people has been growing. Demi has always been one of the loudest and proudest advocates for LGBTQ people and issues. In sharing their story today, they will educate countless people around the world and reach other non-binary people with a message of pride.”