The Young And The Restless (Y&R) Spoilers: Kyle Forced To Choose Between Summer And Harrison 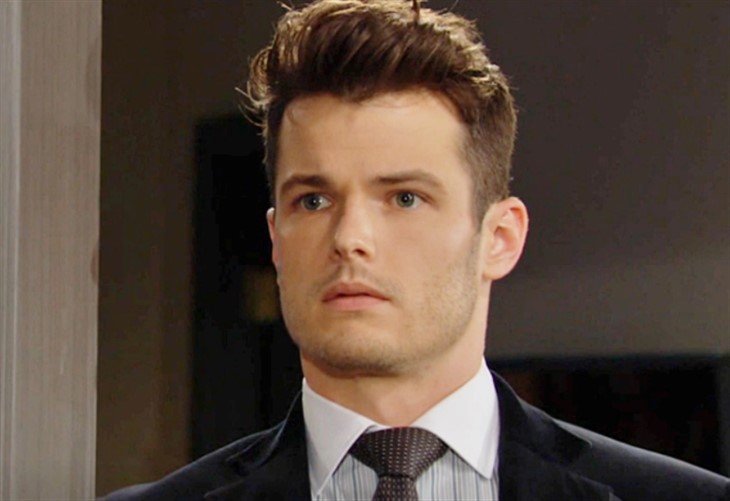 The Young and the Restless (Y&R) spoilers indicate Kyle Abbott (Michael Mealor) will have a difficult decision to make.

Kyle’s secret is finally coming out with everyone in Genoa City learning he’s the father of Tara Locke’s (Elizabeth Leiner) son Harrison Locke (Kellen Enriquez). After Tara leaves Ashland Locke (Richard Burgi), she seeks out Kyle’s help because she fears her husband.

Kyle coming to Tara’s aid isn’t going to sit well with his fiancée Summer Newman (Hunter King). This situation is going to become tense for the couple as Kyle becomes torn between two people he loves.

Summer’s known about Harrison for a while. When Kyle confessed the truth, she stuck by his side. However, she may be rethinking her decision now that Tara and Harrison are going to become a permanent part of their lives.

Although Kyle originally wanted to be included in Harrison’s life, Tara warned him to back off. She insisted that Ashland was the only father Harrison was going to know. Kyle was dejected but obeyed Tara’s request.

But now Tara’s had a change of heart and wants Kyle in Harrison’s life. However, her soon-to-be-ex Ashland may put a stop to that.

Speculation is that a custody battle will be brewing between Ashland and Tara with Kyle taking her side. The last thing Kyle wants is to be raised by a man as ruthless as Ashland. Kyle’s going to do whatever it takes to protect his son and keep him from Ashland.

With Kyle assisting Tara in the upcoming custody battle that means the former lovers will be spending more time with each other. This will spark jealousy in Summer, who’ll become suspicious of Tara.

The situation with Kyle, Tara, and Harrison is a big adjustment for her. When Kyle first confessed the truth about his past with Tara, Summer was upset, yet understanding. What happened between Kyle and Tara was years ago when he and Summer were broken up.

Although Summer is trying to be supportive of her fiancé, she may soon be reaching her limit. In the coming months, Tara and Harrison are going to be his number one priority. Kyle’s going to do whatever it takes to be part of his son’s life.

Of course with the addition of Harrison, Tara’s also going to be part of Kyle’s life. Summer loves Kyle and wants to start their future together, however, her jealousy may get in the way.

The Young And The Restless Spoilers – Summer Newman’s Ultimatum

Harrison is going to change Kyle and Summer’s relationship. The couple isn’t going to much alone time with a toddler around. Summer’s also not going to be too thrilled playing stepmom.

This isn’t how she envisioned the couple’s future when they reunited. She loves Kyle, but she’ll refuse to take a backseat in his life. With tensions mounting, she’ll force Kyle to make a choice. It’s either her or Harrison.

Kyle will have a heart-wrenching choice to make. Does he stay Summer, his true love? Or will he give her up to be a dad?

Royal Family News: Princess Beatrice Wants To Start a Family In A Manor House In The Cotswolds