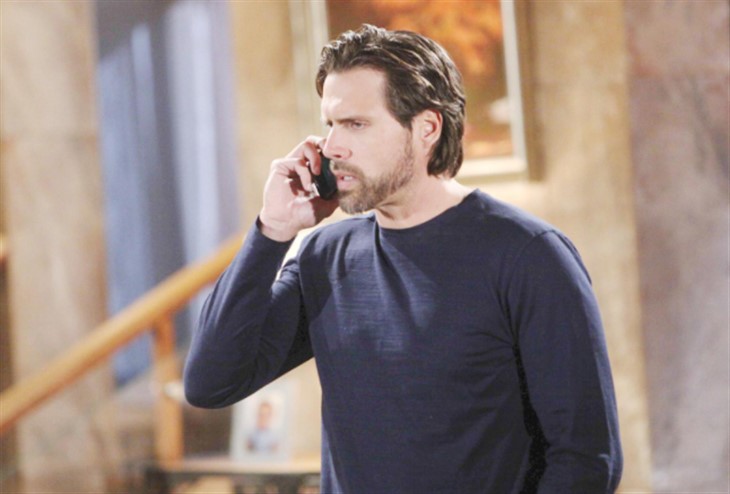 The Young and the Restless (Y&R) spoilers indicate that Sharon Newman (Sharon Case) will reunite with one of her exes.

Sharon’s marriage to Rey Rosales (Jordi Vilasuso) is coming to an end soon. Their problems stem from Sharon’s closeness to her ex Adam Newman (Mark Grossman). Rey’s hatred towards Adam has continued ever since Adam was framed for Rey’s poisoning.

Rey’s quest for vengeance against Adam has created more tension between him and Sharon. With Rey and Sharon separated, and Adam cleared of his latest crime, that spells the beginning of a Shadam reunion. Or does it?

The show has been foreshadowing a possible reunion between Sharon and Adam. But he’s not the ex-husband she may be reuniting with.

In recent months, Sharon and Nick Newman (Joshua Morrow) have come together to help their daughter Faith Newman (Reylynn Caster). Faith was the victim of bullying ever since Billy Abbott’s (Jason Thompson) expose on Adam became public. In the article, Billy listed one of Adam’s crimes as kidnapping Faith as a baby.

In the fallout, Faith was harassed by her classmates. To cope with her troubles, Faith began drinking. One night after being humiliated by her former friend Jordan (Madison Thompson), Faith grabbed a bottle of liquor from Nikki Newman’s (Melody Thomas Scott) cabinet and took off in a truck.

Faith ended up in a terrible car crash, and although she survived, she was left with a serious injury, which required a kidney transplant. Sharon and Nick have stayed vigil by Faith’s bedside. The former exes have comforted each other as they face every parent’s worst fear.

Sharon and Nick’s recent scenes have led to speculation that the two could be getting back together.

Sharon’s marriage to Rey is almost over, leaving her free to be with someone else. As for Nick, well he’s with Phyllis Summers (Michelle Stafford). Nick and Phyllis’s relationship has been going well so far, yet eventually, drama’s going to ensue.

Upcoming spoilers suggest that trouble arises for Phick when Nick learns that Phyllis has been keeping a secret from him. As Y&R fans know, Nick is all about honesty, so when he learns Phyllis has been lying to him, he’ll be furious.

The Young And The Restless (Y&R) Spoilers: Is Chloe About To Crack And Nail Chelsea? https://t.co/WElEbIn5H8 pic.twitter.com/uHXqqQzVHe

Whenever a soap couple experiences trouble in paradise, they usually seek comfort from others. For Phyllis, that’ll be her ex-husband Jack Abbott (Peter Bergman).

Meanwhile, Nick will seek support from Sharon. Despite being divorced, Nick and Sharon have remained friends throughout the years. The two have been put through the wringer recently with Faith’s health issues. Almost losing their daughter has brought the exes together.

Going through that ordeal may spark long-forgotten feelings. Nick and Sharon will realize the love they still had for each other, and how important it is for their family to be together.

Although Shadam is a no-go, it appears a Shick reunion may be coming.