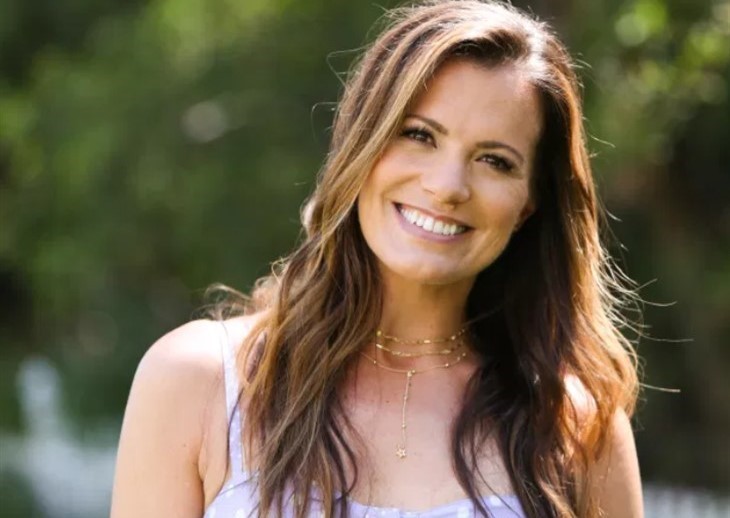 The Young and The Restless (Y&R) spoilers and updates reveals Melissa Claire Egan had stirred up viewers with her latest complex and dramatic scene.

Fans have been speculating about the show’s exit strategies for Egan’s character Chelsea since this mom-to-be shared her pregnancy news and teased on maternity leave last month. With her character being shipped off to a mental hospital in the latest scene, viewers expected it might be how Chelsea signs off, but actress Egan revealed she’s not yet done.

“I’m still working. I’m not due until August, so still causing some drama in Genoa City!” Egan teased.

The Young And The Restless  Spoilers – A “Tour de force” Scene

The actress wowed everyone, including her co-star Eric Braeden who plays Victor Newman, in playing Chelsea with her impressive scene in convincing everyone that she had a mental breakdown as she confessed she tried to poison Rey.

The actor hopped on Twitter to commend Egan for her masterpiece: “Melissa Claire Egan did a WONDERFUL JOB TODAY. I knew it when we filmed it. But seeing it on screen just confirmed it even more!”

“THAT was a very difficult scene to pull off so believably, so honestly, I loved watching her do it!!” the soap icon confessed.

The actress received praises for her latest performance and expressed her gratitude to her fans: “Thanks so much for all the love on today’s episode! “You guys, Chelsea’s such a fun character & I’m so grateful I get to play her!” the star tweeted.

The actress, who had miscarriages in the past, is finally due in August. She also explained her status with the soap so that concerned fans will be enlightened: “And despite the story, I’m not leaving for maternity leave for a while! Much more story to tell. You’re stuck with me for a while longer.”

In her recent interview with Soaps In Depth, Egan revealed that the Y7R head writer Josh Griffith had already written this storyline even before her pregnancy status was revealed.

“This whole meltdown in Victor’s living room and Chelsea going to the psych ward was already written. Nothing to do with my pregnancy!” the star explained.

The Young And The Restless Spoilers Week Of May 17: Custody War, Victoria’s Sleaze, Victor Blown Away #YR #YoungandRestlesshttps://t.co/MHHVQepTa0

Chelsea, although had recovered from her stroke, hid it from everyone and used it as an alibi to frame Adam for attempted murder. However, with the odds against her, the truth was revealed. “She really got backed into a corner. She thought she had this brilliant plan and thought she had covered all her bases, but Victor is a clever guy and he figured her out.”

Egan continued by revealing Connor is “her weak spot.” Victor threatened to take her son away from her who she hasn’t seen for so long and Chelseas knows Victor “has the money, the power, and the resources to do that.” So Chelsea went on playing Victor’s game to fake her breakdown so she would be sent off to a mental health facility rather than to prison.

Egan also revealed “something has changed” in Chelsea sincOe the stroke. “Something switched in her brain. Adam was the love of her life and now she’s trying to frame him for murder. So obviously something has snapped in her,” she explained.

Chelsea’s portrayer herself revealed, “She is a little crazy. She’s just not as crazy as she pretended to be in Victor’s living room,” she added.