The Young And The Restless (Y&R) Spoilers And Rumors: Victoria Declares War On Nick? 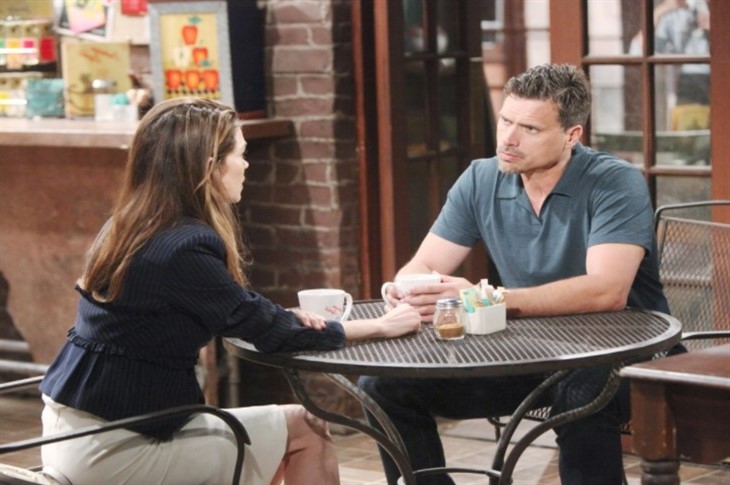 Nick and Victoria were twelve and ten years old on The Young and the Restless, respectively when Adam was conceived, whereas they were older when Abby was. The age of a child can make a big difference in how a new sibling or half-sibling is received, but it is even worse when one’s parent is revealed to have faked their death and a new sibling was created during that time!

The brother and sister have even turned against their father at times over his acceptance of his younger son and his belief that there was good under what they thought was pure evil! Nick and Victoria have always been each other’s allies, but with the recent acceptance by Nick of Adam and bonding with him will Victoria turn against him? Viewers of The Young and The Restless wouldn’t be one bit surprised if she did!

Viewers of The Young and The Restless will recall that recently Adam showed himself a hero when he stepped up for his young niece, Faith Newman (Reylynn Caster). Chelsea Lawson (Melissa Claire Egan) had framed him for poisoning Rey Rosales (Jordi Vilasuso) and Adam had no choice but to go on the run! Yet, on the way to Kansas, he saw a Newman ranch truck crashed into a tree and went to help, found his niece was driving and he got her to the emergency room and dropped her off.

Then when she went into kidney failure he came back with Nick and donated one of his kidneys to save her life. Young and The Restless fans will recall Adam was a little hesitant at first, but the two brothers had a meeting of the minds and bonded as they worked to get out of a basement where they were trapped after a tornado hit.

Trust goes two ways, with the bitter history between Adam and the rest of the Newmans, Nick had to give Adam a reason to trust him and vice versa, and being trapped together by a tornado certainly helped accomplish the purpose! Adam came through in the end and Victor manipulated Chelsea into confessing her crimes and cooperating with him when he put her in a psych ward so she wouldn’t have to do prison time. But where has Victoria been in all this process?

Even her own mother, Nikki Newman (Melody Thomas Scott) is cautiously optimistic about this “new Adam” on The Young and the Restless who has been hiding inside himself all along. Other than Abby, Victoria is the only one who has not thanked Adam for his sacrifice to save Faith, but then Abby has been busy with other things.

The Young and the Restless rumors hint Victoria may feel very alone in continuing to hate Adam and refusing to believe in him and she may well turn against Nick, formerly her only ally against Adam at times because of his belief in Adam’s redemption!