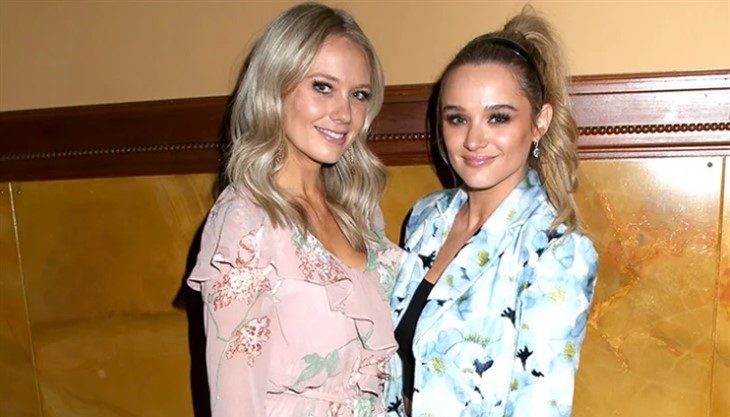 The Young and the Restless (Y&R) spoilers reveal that the CBS soap is celebrating its 48th anniversary this year. Many cast members are talking about the show and their characters, and Melissa Ordway (Abby Newman) and Hunter King (Summer Newman) recently sat down with Michael Fairman to spill some dirt on what’s happening with their Genoa City, Wisconsin characters.

Keep reading to discover the scintillating dish they had to share about the Newman and Abbott families.

Right now Abby is going through a lot, and that is an understatement. Her new husband has flown the coop but she is intent on having a baby with or without him. It turns out to be a little more complicated than planned! As Ordway shared of the situation, “It’s crazy. I love that Abby and Devon (Bryton James) are going to make a little baby. That’s like a dream come true for my character, for sure; not for me.”

She added, “I’ve been wanting to work with Bryton since I started the show. I love working with him; he’s one of my favorite people to work with. So this story was very exciting for me, so I’m excited to see where it goes. I feel like there’s a lot that could happen, so I can’t wait to find out how it’s going to end. It could b good; it could be bad. Who knows?”

Elsewhere in Genoa City, Summer is also dealing with a lot of turmoil, namely through her boo Kyle Abbott (Michael Mealor). He had a fling and now it appears he’s a baby daddy courtesy of that hookup. The baby mamma is Tara Locke (Elizabeth Leiner), and it’s just been reported that the actress has been put on contract.
So, how will Summer handle this situation? King teased, “I mean, she is Phyllis’ (Michelle Stafford) daughter, so I don’t put it past her to find the dirt and get to the bottom of this situation.”

Then again Summer also has to deal with conniving Sally Spectra (Courtney Hope). How will Summer handle that imbroglio? According to King, “It’s an interesting story between Sally Spectra and now this woman from Kyle’s past. So it’s fun, because we haven’t had something like this.”

Royal Family News: Here’s Why We Won’t Hear From Meghan Markle In Months