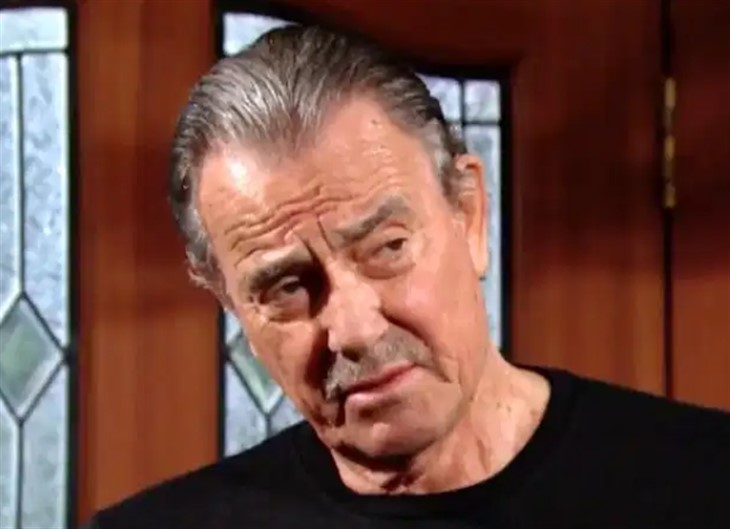 The Young and the Restless spoilers reveal that Victor Newman (Eric Braeden) is a soap legend. He is a household name and it seems even those who have never watched a single episode of daytime TV are familiar with the soap icon. Braeden will soon celebrate his 80th birthday but don’t expect him to go anywhere. When asked about retiring, he said “Hell No!”

The Young And The Restless Spoilers – Four Decades Of Victor Newman

Y&R spoilers reveal that we first met Victor Newman in 1980. Braeden has played the character now for 41 years. These days, it seems that actors are always coming and going like a revolving door. We also live in a time when soaps recast characters with another actor. So, VIctor still having stories to tell after four decades and never being recast is quite the accomplishment!

During the years, we have seen many different sides to Victor. He has been through pretty much everything and the patriarch still stands strong.

Braeden spoke to People magazine about his long tenure on the soap. Being in The Young and the Restless for 41 years isn’t Braeden’s only milestone. On April 3, he will celebrate his 80th birthday. Even though the soap icon admitted he sometimes shies away from the big “80”, it is also something he’s proud of. He’s led a fascinating life and has gone through so many experiences. Plus, not everyone gets to live a full and long life. When you consider how many people die before they truly start living, it makes one even more appreciative of waking up yet another day.

The Young And The Restless Spoilers – Retirement? Soap Icon Says ‘Hell No!”

The Young and the Restless spoilers reveal that Braeden has shot down rumors in the past of retiring. With him turning 80 soon, it’s only natural that some fans would be curious about his retirement plans. While some look forward to retiring, this is not the case for Braeden. In fact, the actor responded to the retirement question by saying, “hell no!”

“I’m turning 80 [on April 3] and while that’s one number that I sort of shy away from, I’m very proud of it. I love my life. I love my colleagues. I love my family and friends. So do I see myself retiring anytime soon? Hell no! My life has been enriched by having been introduced to so many things… I feel very loyal to THE YOUNG AND THE RESTLESS, very beholden to Victor and very beholden to the audience who has supported us for all those years. I intend to stay as long as I can.”

The Young And The Restless Spoilers – No Slowing Down, Either

Fans probably already predict that there will be retirement rumors when Braeden turns 80 next week. So, he’s getting ahead of the game by making it crystal clear right now that he has no plans to retire. Not only does he hope to continue working, but he also has no plans to slow down or take it easy, either. When you look at it from a medical standpoint, Braeden is making a good decision for his mind and body.

Researchers report that when one stops going to work, the brain’s deterioration accelerates. It’s not a small or stubble change, according to gerontology researcher Ross Andel. During a TED Talk, Andel said the brain’s decline doubles once Americans enter retirement. The brain is a muscle and if you don’t use it, you will lose it.

“If we’re not using our brains in the same way we did when we were working, a lot of these connections become dormant… [and] those dendrites will recede.”

It is said that Victor Newman always knows what is best. Apparently, that includes Eric Braeden just saying no to retirement!

Be sure to catch up on everything happening with Y&R right now. Come back often for The Young and the Restless spoilers, news, and updates