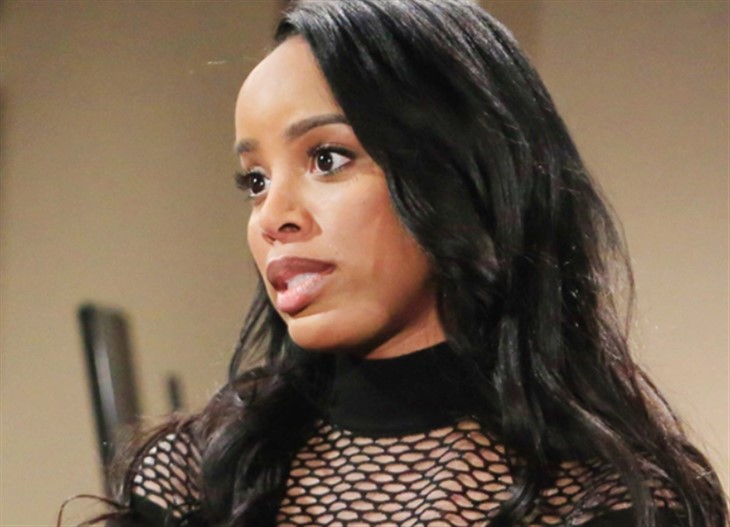 The Young and the Restless (Y&R) spoilers say that while Amanda Sinclair (Mishael Morgan) will be digging through the past to find out more information about the family that she never had, she will also get to meet some of them. And as her luck would have it, she will probably want to get rid of them in due time, too.

In fact, actress Leigh-Ann Rose recently opened up about playing Amanda’s younger sister, Imani on The Young And The Restless, and what she plans on bringing to the table. Here’s what she has to say.

Speaking to Soap Opera Digest in a new interview, Leigh-Ann says that she was excited and so happy when she finally got the call from the Y&R producers that she will be joining the show in a new role. That’s because she was so tired of sitting at home and in lockdown because of Covid-19, just like the rest of us out there.

Yet, when Leigh-Ann tried out for the role, she says that she didn’t know much about the character first.t She put it this way to the publication, “They send me the information, but I had no idea what the storyline was about. Especially during a time like this, it was a real blessing. I didn’t do anything to celebrate. To me, celebrating was getting to work.”

With that said, Leigh-Ann realizes that getting ‘back to work’ would certainly look different than how things were before the ongoing pandemic that has been the coronavirus came along. She said, “You are masked up the whole time, even when you are rehearsing, and you have to always be 6 feet apart, even you are taping. That was challenging at first because I was working with Ptosha and you’re normal reaction when you are with your mom is to hug her and I was told that I couldn’t!”