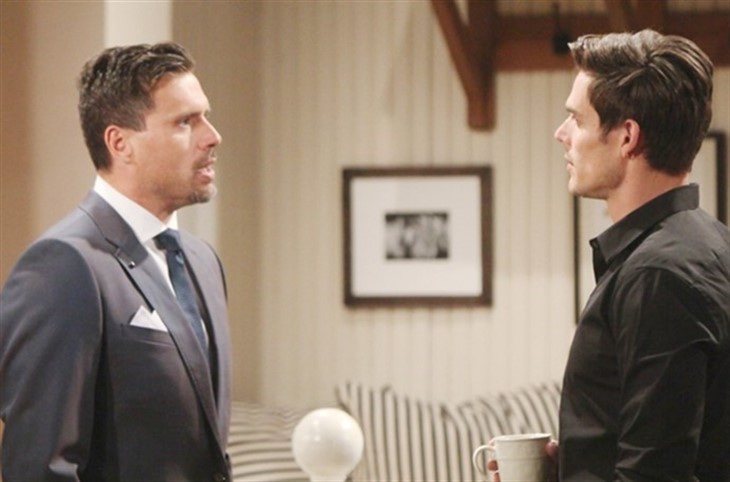 The Young and the Restless (Y&R) spoilers reveal Nick desperate enough to find a kidney for Faith that he travels to Kansas in search of the brother he hates.

Of course, it would turn out that Adam (Mark Grossman) has the same rare blood type as Faith (Reylynn Caster) and would likely be a kidney match. Adam saving Faith’s life again would endear him to his family and make him much more palatable for Sharon (Sharon Case), who may be regretting her marriage to Rey (Jordi Vilasuso).

However, Adam is on the run after Chelsea (Melissa Claire Egan) set him up to look like he poisoned Rey and he chose to go home to Kansas. He did not choose to go to the house he grew up in and instead headed straight to the Montalvo home.

Nick guesses this is where Adam went but he doesn’t see him there at first. Nick really needs to find Adam and fast since not only does Faith need that kidney — there’s also a tornado brewing and they do not want to be caught in it.

Adam apparently knew just what to do in a Kansas twister and got down to the cellar in time unlike Dorothy, who ended up on a journey to see the wizard. Nick finally finds his brother down there, but then they are stuck.

But before things get dicey with the weather, the pair have a confrontation in which Nick begins to think Adam didn’t try to kill Rey after all. Maybe it really was Chelsea. Still, Adam is being stubborn and doesn’t want to leave with Nick to help Faith.

When Nick brings up the Connor card and wonders what Adam would do if this was his child who needed a life-saving transplant, Adam finally gives in. And then the tornado hits.

Then, whoops, the ceiling collapses and it will likely be up to Adam to save Nick’s life because isn’t that always the way? Adam will now be the forever savior making sure both Nick and Faith stay alive. A redemption story, indeed. Stay tuned to The Young and the Restless weekdays to see how this all plays out.

The Young And The Restless (Y&R) Spoilers Tuesday, May 11: Victor Sets A Plot In…