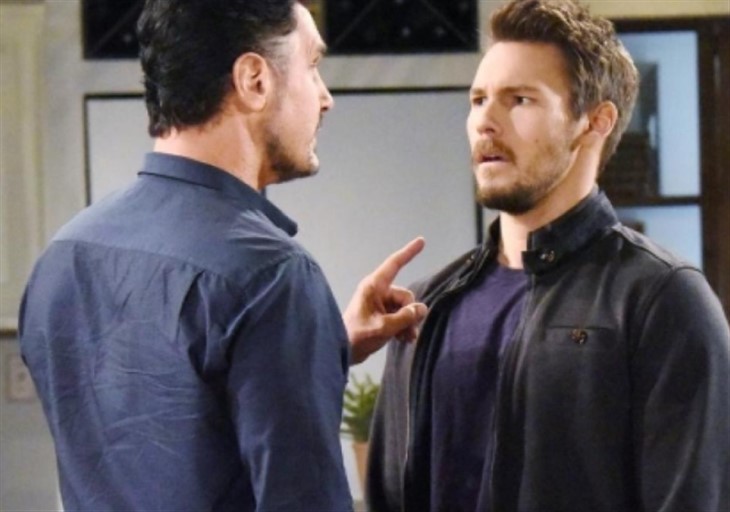 The Bold and the Beautiful (B&B) spoilers document that it is fair for any fan to say that more than three major mistakes were made on the night Vincent Walker (Joe Lo Cicero) died. But let’s focus on Bill Spencer’s (Don Diamont) intentional wrong-doings and Liam Spencer’s (Scott Clifton) forced error.

The authorities believe that Liam had the greatest motive to strike back at Vinny, as the rigged paternity test greatly damaged his life. The theories that Deputy Chief Bradley Baker (Dan Martin) and Detective Alex Sanchez (Jeremy Ray Valdez) are considering are dangerous because Liam will look incredibly guilty if the exact details about the hit-and-run are revealed.

Dollar Bill lives life by his own rules on The Bold and the Beautiful. As such he doesn’t value the rule of law that common folks live by.

The Deputy Chief’s direct questions to Bill caused a noticeable defensive reaction. That could be rationalized as paternal instinct and wasn’t one of Bill’s major mistakes, as it would have seemed strange for him to not respond to those questions as he did.

The Bold and the Beautiful spoilers show Bill’s first major mistake was relying on his gut instinct. He thought the authorities would believe Liam intentionally mowed Vinny down if he would have called for an ambulance or alerted the police from the accident scene. That choice became Bill’s first crime and can’t be explained away as anything other than willful intent to deceive.

Bill took Vinny’s identification and his smartphone. He crushed the phone under the wheel of his sports car and then threw that and Vinny’s wallet into what Bill believed was an isolated area in the hills of Bel-Air, Los Angeles, California.

Selling his rare sports car to a rich friend served to get the vehicle out of the country. Bill didn’t want to disassemble the car or have it crushed.

Bill handled Vinny’s personal items in an attempt to slow his identification, which didn’t work out that well. But allowing the car to remain intact means that a number of individuals came in contact with it and can serve as potential killer sources. That was another major mistake.

The Bold And The Beautiful Spoilers – Liam Spencer Falls Over

Fainting wasn’t Liam’s mistake. He was overwhelmed when realizing that he’d hit a human being, rather than an object. Seeing that it was Vinny and then watching him die moments after approaching Lo Cicero’s character created sensory overload.

His major mistake happened the next day. Liam was apoplectic on the night in question, but by the next morning, he was no longer in shock.

The Bold and the Beautiful spoilers show Liam lacked courage. He should have voluntarily contacted the authorities when Bill wasn’t around because not doing so furthered the crimes he chose to be connected to.