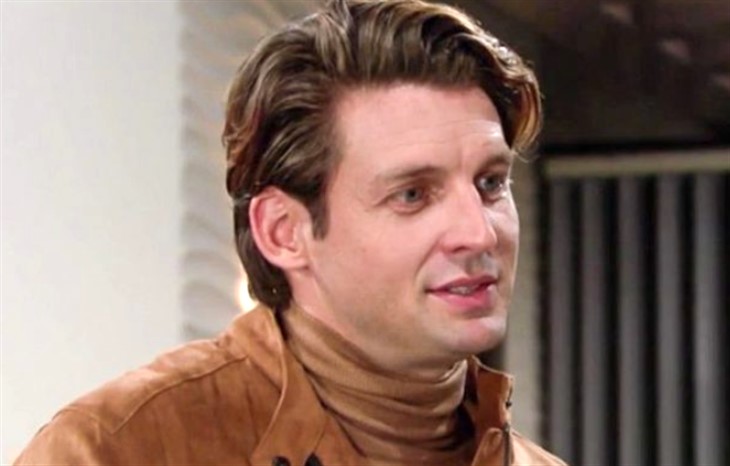 The Young and the Restless (Y&R) spoilers and cast news reveal that alum Donny Boaz (Chance Chancellor) has just landed an exciting new gig his fans will want to know all about. According to Boaz, he has been cast on the CW series All American.

Boaz posted on his Instagram account: “It’s a Beautiful Sun Shiny Day in California. Happy to say I booked a few episodes on the hit #CW show ‘All American.’ Not to be confused with the greatest football movie of the last decade, ‘My All American.’ #Shameless #promotion Yes, sissy, @lonilb10 Taye Diggs is just as handsome in person. 😉 Working with @dinameyer today. I had a crush on her on #starshiptroopers #smallworld #wb #allamerican #myallamerican #california #ilovemyjob.”

You can see more photos of Boaz’s new adventure and co-stars on his Insta. All American is based on the real-life story of American pro football player Spencer Paysinger with Daniel Ezra in the lead role. All American was renewed for a fourth season this year.

Since leaving Y&R Boaz has been mighty busy. His other upcoming projects include the films One Heart, The Puzzle Jug, HOLLYWOODLAND of HOPE & LIES, College Bound: Window of Hope, The Portrait’s Secret, Billy and the Bandit, Power Play, Walk Away, Spring Break ’83, Flip Turn, and Black Easter.

Boaz debuted on the CBS soap opera, the number one rated daytime drama, in November 2019. Fans last saw him in the role in late 2020 when Chance got a mysterious phone call and up and left his newlywed wife.
Christine Williams (Lauralee Bell) later told Abby Newman (Melissa Ordway) and Chance’s mom Nina (Tricia Cast) that he was sent off on a secret mission. Just like that.

When he left the couple were in the process of trying to find a way to make a baby. They knew how, but it turns out neither one was physically able to recreate life so to speak.

The Young And The Restless Spoilers: Hunter King's Shout Out To A Special Woman In Her Life #YR #youngandrestlesshttps://t.co/vPwFKtPNl5

No problem! Abby asked Mariah Copeland (Camryn Grimes) to carry the baby and Devon Hamilton (Bryton James) to provide the rest of what is needed. Easy peasy. Just like that.

The million-dollar question is, what happens next on The Young and the Restless? Will Chance ever come home? Will Mariah relinquish the babe? Will Devon get possessive of his spawn?

Be sure to catch up on everything happening with Y&R right now. Come back here often for The Young and the Restless spoilers, soap opera news, and updates.