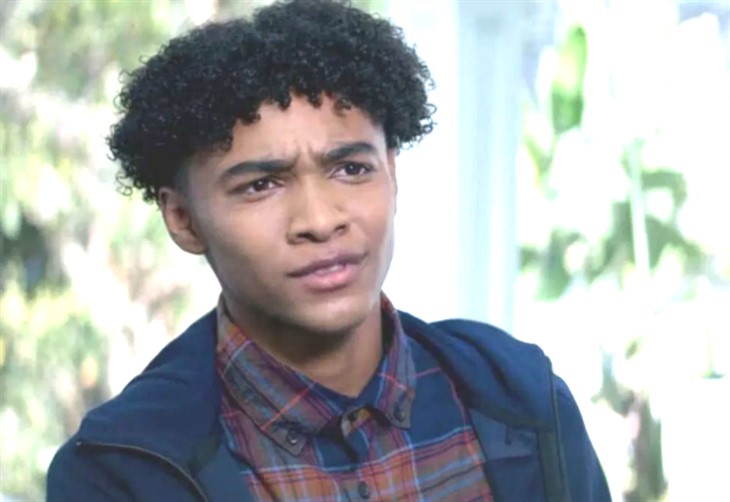 The Young and the Restless (Y&R) spoilers tease that newbie breakout star Jacob Aaron Gaines (Moses Winters) has already won over fans and we’ve just barely met him. Likewise, the young actor is thrilled to be playing the son of a legacy character in Genoa City, Wisconsin.

He recently sat down with Soap Opera Digest to talk about his role and all the details surrounding it. Keep reading to find out more about this exciting new actor.

According to Gaines, very early on he was told about the late Kristoff St. John who played Moses‘ father, Neil Winters. According to him, “Bryton James (Devon Hamilton) sat me down and talked to me about Kristoff. It’s a very sad story but I’m honored to be playing Neil’s son and to show Y&R fans a little piece of him. I’m thrilled to be able to do that. Kristoff’s story hit me pretty hard and I’m sure I won’t understand the true gravity of it until I’m further into playing Moses. For now, it’s a huge privilege for me.”

Y&R Spoilers – Jacob Aaron Gaines Did His Own Audition Tape

Gaines recalled how he taped his own audition for Y&R, one of the procedures that has been amended due to COVID.

“I did it with the help of my mom, which is always a struggle. I mean, I love my mom but her acting skills could use some work,” he said. “I was only sent two pages of sides, so we went into the garage and the whole taping went quick and easy. We used my phone and that was a breeze. My family has been really strict with the Covid restrictions, so it was a blessing to have that technology to pull off such a job.”

Gaines spilled a bit more about his audition scenes and it portends that he and Faith Newman (Alyvia Alyn Lind, soon to be Reylynn Caster) will be sharing more scenes together.

According to Gaines, “I was told that Moses wants to be a doctor, so he’s trying to charm Faith at the coffeehouse and make sure she’s okay. He has a soft spot for her and won’t let anyone push her around.”
That’s a good thing because poor Faith has been bullied recently and it has led her to some scary actions and disastrous consequences.