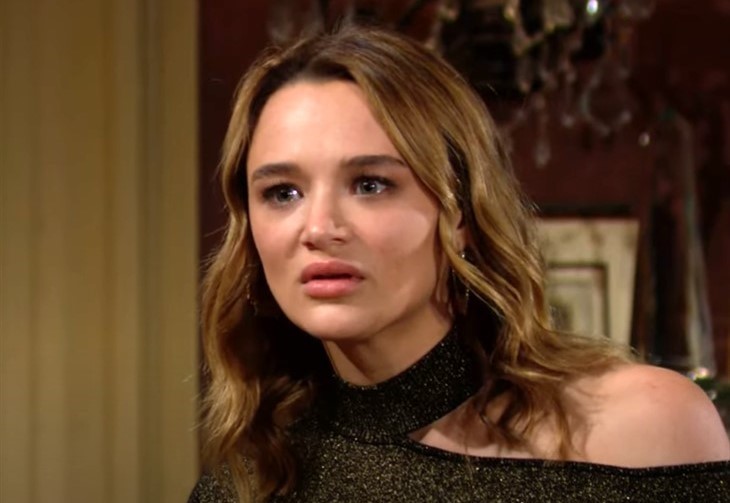 The Young and the Restless (Y&R) spoilers reveal that Summer Newman (Hunter King) will give Tara Locke (Elizabeth Leiner) a piece of her mind. Soaps are all about drama, so we can picture Kyle Abbott (Michael Mealor) walking in while Summer is “attacking” Tara. He will blast his fiance, especially as Tara turns on the waterworks at precisely the right… and worst… moment.

The Young And The Restless Spoilers – Considering Job Offer

Y&R spoilers reveal that Summer couldn’t believe the ultimatum that was issued by Tara. Summer never trusted her, but she had no idea of how cruel and ruthless the woman could be until now. As Tara said, she learned a great deal during her years with Ashland Locke (Richard Burgi). Some might say that Ashland isn’t the real villain, he is just being made out to be that way. The real villain is clearly Tara.

Summer is torn over what to do but it does look like she is considering the creative director job in Milan. That doesn’t mean she is giving up yet, though.

In a preview clip, we see Summer blasting Tara for what she is doing. Not only can Summer not believe that she would hurt Kyle this way, but what about the child Tara claims to love? It seems that she doesn’t love Harrison Locke (Keller Enriquez) very much. She’s using her own son in a sick scheme. The boy is only three years old and will be heartbroken if torn away from the father he has been bonding with for the past month.

The Young And The Restless Spoilers – Kyle Abbott Overhears

The Young and the Restless spoilers reveal that in soaps, people always seem to walk in on telling conversations. It is likely that while Summer is blasting Tara, Kyle will walk in. Summer might not see him because her back is to the door. However, Tara will see him walk in and put on the performance of a lifetime. Kyle might not hear anything except Summer delivering her own threat to Tara.

When Tara changes her whole demeanor, Summer will realize that someone else is in the room. She will whirl around to see Kyle standing there. Summer might be glad Kyle is there, thinking he will take her side. However, she could be disappointed as he only heard Summer threatening the mother of his child. It seems that Tara will score a victory in this battle. But that doesn’t mean she’s won the war. Summer will go to someone to get some help… Phyllis Summers (Michelle Stafford).

Who do you think is going to win in the end? Will Tara end up getting what she wants or could Summer finally make Kyle see the truth?