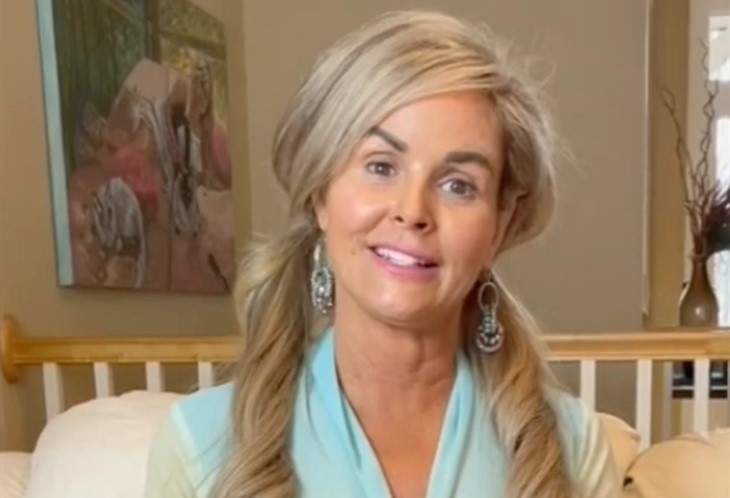 90 Day Fiancé alum Stephanie Davison returned to social media after weeks of hiatus. The former TLC star took a break after facing legal issues with the state of Michigan over her supposed COVID-19 prevention claims.

Now, the ex-girlfriend of Ryan Carr is ready to take on the world of social media again, seemingly unbothered by the controversy. For her comeback, Stephanie showed off her “thrifty” side, which raised some eyebrows.

Looks like Stephanie Davison is ready for the spotlight once again after weeks of Instagram break. The 90 Day Fiance celeb recently ended her hiatus with a series of photos with her pet dog, Jekyll.

It can be recalled that last month, Stephanie stepped away from social media after her supposed legal dispute with the state of Michigan. The reality star has been accused of spreading misleading information about COVID-19 prevention.

According to reports, the 90 Day Fiancé star declared her business, Skin Envy, as an effective way to prevent getting the virus. However, Michigan Attorney General Dana Nessel quickly refuted her claims and even issued a cease-and-desist order for her business. Since then, she has steered away from social media.

But now, Stephanie Davison is back on her usual IG activities. For her comeback, the 90 Day Fiance star shared a photo of herself with Jekyll.

“I so appreciate the people who have reached out wondering where the hell I’ve been!” Stephanie explained.

The 90 Day Fiancé star added that she’s been doing some thrift shopping lately. But it’s not a typical thrift store one would normally go to.

It turns out, Stephanie has been doing “retail therapy” at the Kardashian Kloset. She even proudly showed off her latest score — Kim Kardashian’s used clothing.

“I’ve been doing a little retail therapy @kardashiankloset and got this disco ball skirt!” Stephanie teased. “Find out tomorrow if it was Kim’s or Kylie’s! Aren’t you proud of me for being thrifty, buying used clothing?!!! Lmao.” 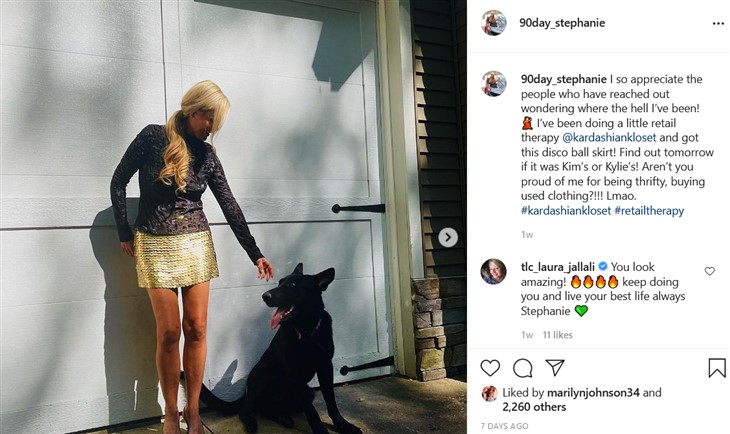 Meanwhile, fans are wondering whether or not Stephanie Davison is currently seeing someone new. The 90 Day Fiancé star has yet to open up about her dating life ever since she split from Ryan Carr.

Currently, it doesn’t seem like Stephanie is in a relationship with a new guy. Regardless if she’s single or not, the reality star continues to live her best life.