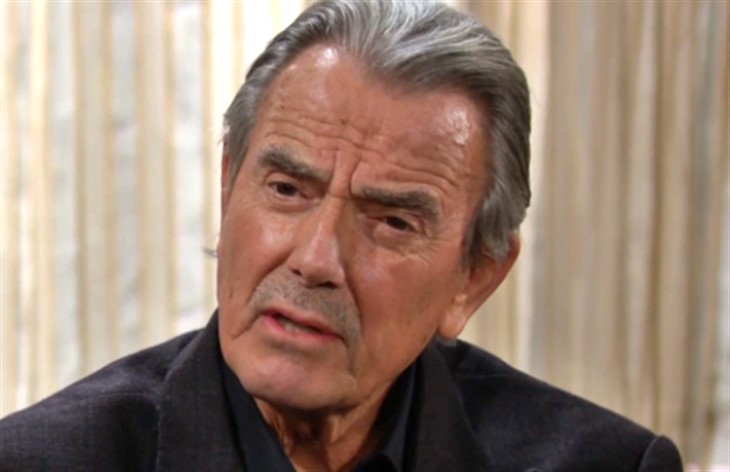 The Young and the Restless (Y&R) spoilers for Friday, April 30, 2021, reveal Victor learning something unexpected and Devon growing closer to who appears to be his woman of the month.

Victor (Eric Braeden) has been there believing in Adam (Mark Grossman) all the way through this ordeal thrown together by none other than Chelsea (Melissa Claire Egan). He knew Adam had nothing to do with the things missing from Sharon’s house and that he especially had nothing to do with Rey (Jordi Vilasuso) nearly dying.

The Mustache has been helping Adam hide out for weeks but Adam convinced him to allow him to disappear on his own so nobody could find him. Or at least Adam thinks he convinced his father of this. Instead, Victor stayed true to form and has been searching for him and on Friday, he finally gets a lead on his wayward son’s whereabouts.

Will Victor go to Adam now that he thinks he knows where he is or at the very least send him some help in a very Victor-like way?

It seems April is Amanda’s (Mishael Morgan) month for Devon’s (Bryton James) affections and poor Elena (Brytni Sarpy) is left out in the cold. Heck, Nate doesn’t even want her anymore and she can’t even get Lola (Sasha Calle) to go see a movie with her.

The Young And The Restless Spoilers: Victoria Overestimates Her Power – Nikki Warns of Victor's Strengthhttps://t.co/EujxBZ3Y63

But never mind Elena because Devon has so many other things on his mind. There’s Moses (Dax Randall) being in town, there’s Mariah (Camryn Grimes) carrying his baby that he will be forced to give up, and there’s Amanda needing a listening ear now that she’s so involved with her biological family. And being involved with her biological family is no picnic.

Things are becoming harder for Amanda as she learns more about just what kind of man her grandfather really is. There is more of a mystery to this case than she expected and she needs Devon to be someone she can talk to. But is Devon so interested in Amanda’s family because this is also Hilary’s family? Stay tuned to The Young and the Restless weekdays to see how these stories play out.