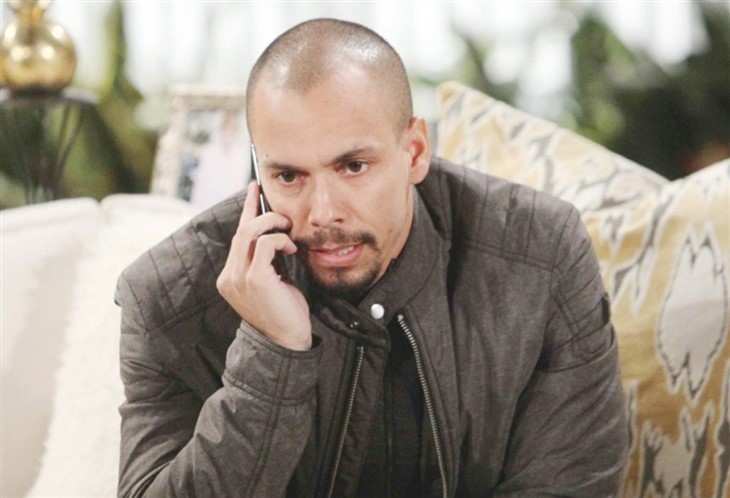 The Young and the Restless spoilers document that Devon Hamilton (Bryton James) has fallen out of love with Elena Dawson (Brytni Sarpy). Amanda Sinclair (currently played by Karla Mosley) is glad that he continues to express an interest in a new romance.

Meanwhile, Devon’s brother, Moses Winters (Jacob Aaron Gaines), is developing a friendship with his high school classmate, Faith Newman (Reylynn Caster). That storyline, along with the one Devon and Amanda are involved in, is uplifting.

But this is daytime. So, the drama also needs to be written into both tales.

Young And The Restless Spoilers – Amanda Sinclair Buried In Work

The high-profile case that Amanda agreed to lead involves a lot of preparatory work. Some evidence implies that her biological father, Richard Nealon (no actor known to be cast for this role), discovered and was holding dangerous information while working in the accounting department at Newman Enterprises.

Amanda told Devon that she doesn’t want to think badly of her late father, who she never met. She’s also defending the man who’s accused of killing him.

Meeting Sutton Ames (Jack Landron) wasn’t an endearing event. But that contact appears to have convinced Amanda of her grandfather’s innocence.

Faith’s fainting spell at Crimson Lights will lead to another health crisis. Her recent trip to the hospital was caused by recklessness and also served as the recast baton toss from longtime stalwart Alyvia Alyn Lind (Faith) to Caster.

Moses happened in the hospital after Faith’s accident. Now, he’s sure to be involved after the collapse at her mom’s coffee house.

Like his dad, Moses is a good soul. Nick Newman’s (Joshua Morrow) reference of that point and gratitude for Moses helping Faith indicates that these young characters and the new actors who play them will face personal drama in the months ahead as their friendship develops.

The Young And The Restless Spoilers: Alum Shemar Moore Has A Reason To Celebrate!https://t.co/ajAFxys2Ni

Neil, like Hilary Hamilton (Mishael Morgan), will always be part of Devon. Hilary is literally a part of Amanda, as she was her unknown, identical twin sister.

Y&R has slowly built this new pairing, with Devon and Amanda’s romantic development feeling natural. It seems as though this couple will officially form during the case that she’s working on.

Family drama is sure to present periods where Devon’s shoulder is needed. But a twist, where Amanda serves as his main supporter, could work as well.