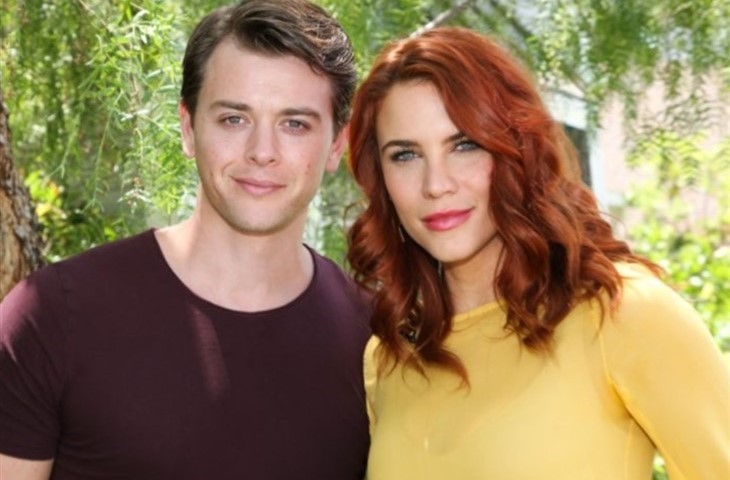 General Hospital (GH) spoilers reveal the need to save the date: Chad Duell (Michael Corinthos) and Courtney Hope (Sally Spectra) from The Young and the Restless are getting married! The soaptastic duo announced that uber romantic Chad asked Courtney to marry him on Valentine’s Day and she said yes and now things are moving quickly!

The soap actors are over the moon anticipating the nuptials we have the date for you here. In the meantime Courtney posted a cute video to her Instagram about her bachelorette party getting started now, but the ceremony takes place on Saturday, October 23, 2021. We like how she rolls!

Reports indicate that the stars will honeymoon in Japan and we can’t think of a better place to enjoy la dolce vita. Especially after the long COVID quarantine phase, it should be a welcome trip for the two LA-based actors.

We wish we could say the same for their alter egos on GH and Y&R, but their characters are in the weeds as we speak.

General Hospital Spoilers – What Happens Next In The Soap Universe?

Chad’s character on General Hospital is in the middle of a romance gone wrong. Michael Corinthos can’t be with his beloved Willow Tait (Katelynn MacMullen) because she is married to someone else. It is a pity marriage of convenience so to speak but they have already been caught carousing once, and they are minding their manners for now. No fun.

Courtney’s character, Sally Spectra on The Young and the Restless, is in the middle of a hot mess, having banished her rival from town and trying to recatch the eye of Jack Abbott (Peter Bergman). The gig is about to be blown to smithereens however as explosive show spoilers reveal that Sally’s machinations are about to be revealed. What happens when she is exposed as a fraud and a liar?

If she can donate a kidney to a major character in the nick of time, she will be redeemed—drats, that storyline just happened. Hopefully Sally can come up with another brilliant idea to save her sass.