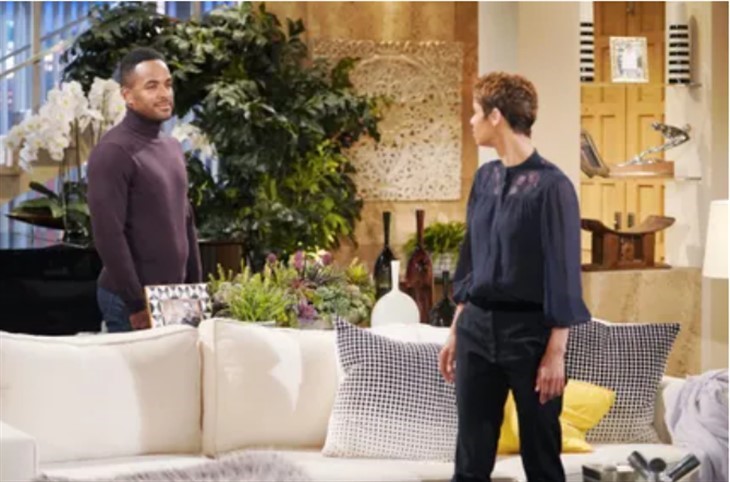 The Young and the Restless (Y&R) spoilers document that in Genoa City, Wisconsin Elena Dawson (Brytni Sarpy) has given mixed signals to two men that she cares about in recent months. Now, after having some time to work through her feelings, it appears as though Nelena has a chance to revive.

Meanwhile, Devon Hamilton (Bryton James) and Amanda Sinclair (Mishael Morgan) are still spending time together. Amanda has softened her stance on Devon, realizing that while his reconnects with Elena were betrayals, they also don’t represent the end of a serious romantic couple that could become known as Demanda.

Hevon ended in 2018. Hilary Hamilton’s (Morgan) sad passing, which followed the death of her and Devon’s unborn child days earlier due to a car accident, meant that coupling became a historical reference.

As for Elevon, or Delena if one prefers, that pairing seemed to be over after Elena admitted to being with Nate Hastings (Sean Dominic). But then the weather turned bad and Elena spent time with Devon at the penthouse.

Elena and Devon connected again a short time later, which indicated that they were on the road to reconciliation. However, they both seem to have decided that what they had wasn’t meant to last, has been fully considered, and is over.

Nate fell in love with Elena over the course of time. He knew that she was seriously involved with his cousin and truly saw her as a friend at first.

The time Nate and Elena spent together at the New Hope Clinic and the fated night when they crossed the friendship line was an attempt at a relationship. Elena wasn’t fully over Devon, as she and Nate realized during the vacation they took in the recent past.

With time to reflect and Nate’s persistence, Elena is ready to take a fresh look at life. So, Nelena’s unlikely potential has become plausible.

The Young And The Restless (Y&R) Spoilers: Victoria Turns The Tables On Adam, Convinced Ashland To Let Her Buy Out Cyaxares ? #YR #YoungandRestlesshttps://t.co/D4Rv51NwlZ

The Young And The Restless Spoilers – Devon Hamilton Connection Is Real

Amanda has compartmentalized deepening feelings for Devon. Unexpected circumstances dictate that her family backstory must be explored right now. So, Demanda has been paused, rather than ended.

Devon knows that he hurt Amanda, but also senses that they’re connection hasn’t broken. So, while Hevon is part of a treasured past and what he had with Elena is valued, Devon’s future projects with Amanda in it.