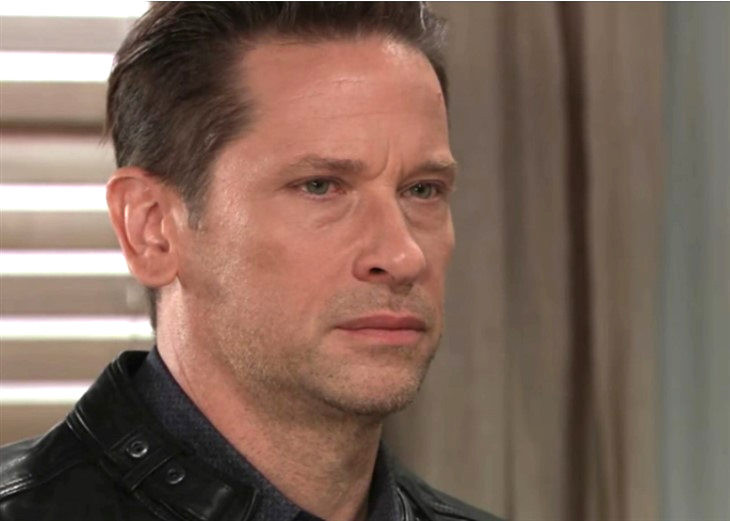 General Hospital (GH) spoilers reveal the return of Roger Howarth to the Port Charles scene. Word is he will not be Franco and he won’t even be his former ABC soap character, Todd Manning, but when he does make his comeback, we will be seeing a whole lot of him.

General Hospital’s head writers Chris Van Etten and Dan O’Connor spoke of Howarth’s return in the May 4, 2021 issue of Soap Opera Digest, saying “Roger Howarth will make an extremely memorable debut. He will bare his face and perhaps more when he returns in May.

That statement got social media tongues wagging, wondering what that cryptic preview means. Since network television still can’t show full-frontal nudity, we don’t expect to see Howarth completely in the buff, but will we see as much as ABC will allow?

And why would Howarth’s new character be naked? That almost reminds us of when the Gemini Twins made their Days of Our Lives debut all those years ago. You will remember that the Gemini Twins ended up being Rex (Eric Winter) and Cassie (Alexis Thorpe), the biological offspring of Roman (Josh Taylor) and Kate (Lauren Koslow).

Or maybe he will play a whole new character we never heard of. Will this character’s resemblance to both Franco and Todd even be mentioned? Will this character be paired with Elizabeth since Rebecca Herbst and Howarth have so much chemistry. GH seems to be pushing Liz in the direction of Hamilton Finn (Michael Easton) of late, so it can’t be certain the show wants to pair her with Howarth again at all. This could come as quite a disappointment to ‘Friz’ fans.

If his resemblance to Franco is acknowledged, that can open up a whole new can of heartache for the grieving Baldwins, especially Elizabeth, Cameron (Will Lipton), and Scott (Kin Shriner). Stay tuned to General Hospital in May to find out just how much we really see of Roger Howarth.