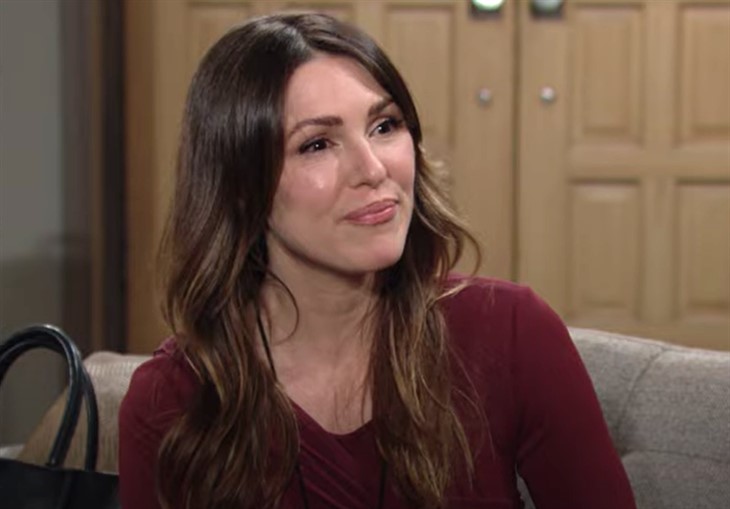 The Young And The Restless Spoilers – Why Is Adam Newman Forbidding Chloe Mitchell From Seeing Her Best Friend?

Viewers of The Young and The Restless will remember that Chelsea was trying to convey a message to Chloe nonverbally but she wasn’t getting the whole thing. She did notice Chelsea moving her hand and she asked her pointed questions, and Chelsea didn’t want Adam to know. Chloe knew there was something up right there, and Chelsea cried and Chloe knew she needed help.

She even texted her husband, Kevin Fisher (Greg Rikaart) that Chloe needed help! She didn’t like it at all when Adam shooed her away and acted like he didn’t want her visiting Chelsea at all – but then, out of fairness to Adam, he doesn’t know that Chelsea has seen the viral photo of him kissing Sharon Rosales (Sharon Newman).

He may have figured Chloe was going to show it to her and break them up – but Chelsea’s already made up her mind. She wants out! It’s just that she’s going to need some help in her current condition, and Chloe and Kevin are going to see that she gets the help she needs! Chloe was relieved that Chelsea was not being hurt physically, but she could tell that Chelsea was definitely hurting emotionally. As of right then, Chloe and Kevin had just arrived back in Genoa City from an out of town vacation, and checking social media was probably the last thing on their minds so they know nothing about the photo.

Chelsea wants away from Adam, but she also wants revenge. She may want revenge on both Adam and Sharon, but it seems she wants it on Adam first. After all, if it hadn’t been for Adam not being home when he should have been, perhaps she wouldn’t have stroked out. Perhaps he would have noticed signs of something wrong and gotten her to the doctor before her aneurysm burst. If he hadn’t been planning to plant a bomb in the Newman Enterprises building and shut off the electricity to the building she was in, she wouldn’t have tried to climb out of that elevator and fell, hitting her head.

The Young And The Restless (Y&R) Spoilers: Abby Is Faced With A Tough Decision: Would Chance Approve Of Devon’s Offer? #YR #YoungandRestlesshttps://t.co/m1BFpe2zbe

Granted, Adam has been profusely sorry, not knowing she was in the building, but he shouldn’t have been plotting what he was plotting to begin with. Now it’s her turn to plot! Meanwhile, Chloe and Kevin work on a sting to get Chloe into Adam’s apartment while Kevin distracts Adam so Chloe can get Chelsea out! By this time Chloe has no question what has upset her friend so badly and made her cry! She and Kevin have seen the photo and know what is going on – they don’t know if it’s still going on, but Chloe insists it must be! She doesn’t put anything past Adam, who she detests! Once Chelsea is out of Adam’s penthouse and is safe, she is able to write a note with her good hand and she and Chloe begin to plot how to get Chelsea’s revenge!