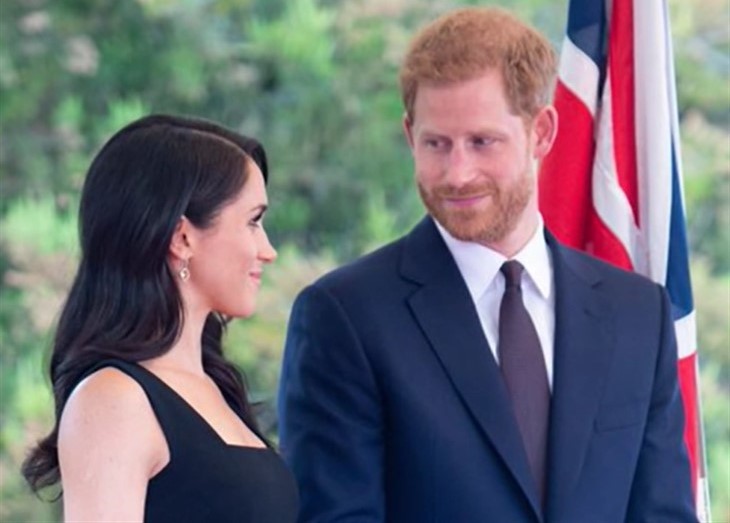 British royal family news shows that Prince Harry, Duke Of Sussex has no compunction about spilling the inside dirt about his relationship with Meghan Markle. On Thursday night’s episode of The Late Late Show, Harry told host and, conveniently his best friend, James Corden about their courtship.

“Everything was done back to front with us so actually we got to spend an enormous amount of time just the two of us,” Prince Harry said of his first dates with Meghan Markle. TMI?

He seemed to want to spill all about his love life as he continued, “The second date I was starting to think ‘Wow, this is pretty special,'” Harry told Corden.

“It was just the fact we hit it off with each other and we were just so comfortable in each other’s company,” he said.

“Dating with me or with any member of the royal family I guess is kinda flipped upside down. All the dates become dinners, or watching the tv or chatting at home. Then eventually once you become a couple, then you venture out to dinners to the cinema and everything else.”

“Everything was done back to front with us so actually we got to spend an enormous amount of time just the two of us rather than going to friends’ houses or out for dinner where there were other distractions,” he explained.

“There were no distractions and that was great. It was an amazing thing, we went from zero to 60 in the first two months.”

Surprise, surprise, ever-present Meghan made her way into the interview! Harry ‘surprised’ Corden with a call from Meghan via Facetime. Corden told Meghan the couple should buy the real Fresh Prince of Bel-Air home after touring it with Harry. She nixed the idea saying they have already moved enough.

Royal Family News – What is Next for Prince Harry?

What else did Harry talk about once Meghan let him get back to the interview? Well, the couple are expecting a second child, so there’s that.

Harry said he will go all out on his favorite causes when the COVID lockdown is over. It must not have occurred to him that the lockdown is still going on and what’s he doing—rambling through the streets. Earth to Harry: You can work, if you really want to. But goofing on with friends is so much more fun, isn’t it?