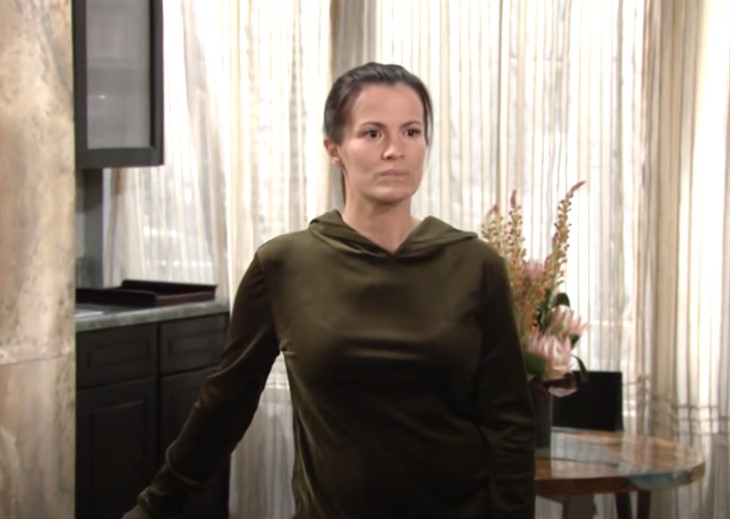 The Young and the Restless (Y&R) spoilers document in Genoa City, Wisconsin Chelsea Lawson’s (Melissa Claire Egan) joyful belief, that she’s defeated Adam Newman (Mark Grossman), is foolish. Chelsea is also wrong to think that her one-time love is unaware of her recovery, which ties to him learning that she’s the person who framed him.

Egan’s character became enraged when thinking that Adam and Sharon Rosales (Sharon Case) were reuniting. She was convinced that Shadam’s reunion was developing, when it wasn’t. Instead, it’s arguable that Chelsea set a self-fulfilling prophecy in motion.

The Young And The Restless Spoilers – Adam Newman Remains Erratic

There’s no doubt that Adam is a goof. He’s also erratic, self-absorbed, childish, petty, and on from there. However, just months ago, Chelsea was totally okay with all of those known attributes and was committed to helping him bring down Victor Newman (Eric Braeden).

Chadam’s plan to stymie the Moustache, while also leaving town, went off-course when Chelsea found the schematics for Newman Towers on Adam’s laptop. He was planning to literally topple Newman, while his father, stepmother, and siblings were inside the corporate building where he lured them.

Adam’s mind was out of order at the time. So, he had Chelsea kidnapped, which included her being knocked unconscious through a blow to the back of her head. A stroke followed shortly thereafter, which led to Chelsea’s temporary paralysis and inability to speak.

A main reason why Chelsea and Adam bonded is because they are survivors. That’s a nice way of shining their muddy motivations in Genoa City, Wisconsin.

Yes, Chadam has a deep love for Connor Newman (Judah Mackey). He represents a mini image of themselves and apparently, their love. So, he must be protected.

But both people have been behaving like bad parents for months. Their actions towards others and each other aren’t helping Connor, who was put in boarding school. Chadam made that move so that they could execute what had been their exit strategy.

The Young And The Restless Spoilers – Chadam Over Or Not?

Some couples are eternal, like Niktor. While Chelsea and Adam don’t have Nikki Newman (Melody Thomas Scott) and Victor’s long history, they have repeatedly found their way back to each other.

It would seem that Adam’s realization of Chelsea’s harsh betrayal will force a split. Rey Rosales (Jordi Vilasuso) feels Sharon broke his trust. So, projecting a Shadam revival isn’t a major leap at this point in the plot. But it’s also not inevitable.

Chelsea and Adam share similar personality types. Based on what’s currently developing, it feels likely that each half of Chadam will see that as a negative, rather than an element of their bond.