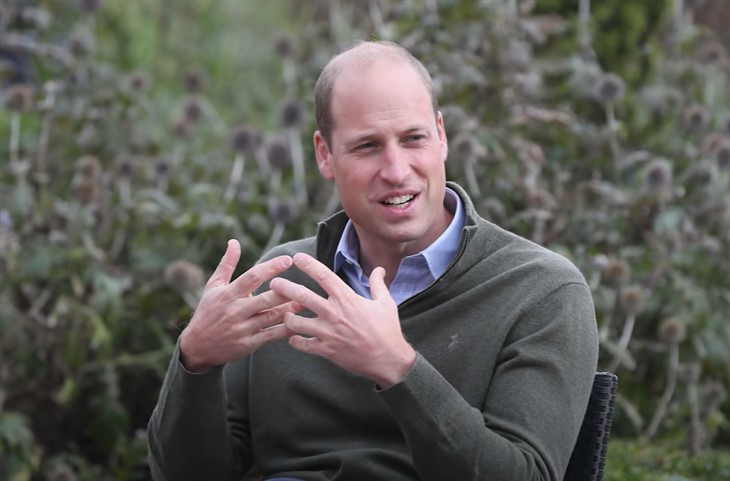 British royal family news teases that while Prince William, Duke Of Cambridge appears to be the picture of composed comportment, he is reportedly a seething cauldron of emotion thanks to his brother Prince Harry’s mudslinging tell-all interview with Oprah Winfrey.

According to Us Weekly, a source reveals that William is practically foaming at the mouth to tell his side of the story so brutally rendered by Hollywood Harry as he sat among the backyard ferns and rhododendron of yet another “borrowed” mansion.

The insider spilled, “The queen is insisting that the royals handle the matter privately, Queen Elizabeth II thinks that retaliating will only add fuel to the fire and make the situation worse.”

But apparently the Duke of Cambridge wants to talk and defend the royal family following Harry’s allegations of mistreatment, neglect and racism within The Firm.

“William is struggling to hold back,” the source adds. “He wants to get his side out there.”

Royal Family News – Prince William Is Struggling To Hold Back

The source says that William desperately wants to share his side of the story to, “firstly to protect [his wife] Kate [Middleton],” against their SIL Meghan Markle’s claims against her.

Namely, Meghan spilled that Duchess Kate made her cry over a bridesmaid dress ahead of her and Harry’s 2018 wedding. He also was to “clear the racial allegations.”

According to Harry, “I love William to bits. We’ve been through hell together, and we have a shared experience, but we are on different paths.” And apparently he has no qualms about throwing his beloved brother to the wolves.

Harry also claimed that his brother is “trapped” by in his life. “My brother can’t leave that system,” he said. “I can’t speak for him. But with that relationship and that control and the fear by the U.K. tabloids, it’s a toxic environment. But I will always be there for him. I will always be there for my family. And as I said, I’ve tried to help them to see what has happened.”

A source previously told the outlet that William and Kate were in, “total shock over hearing what Meghan and Harry said.” A second source claimed William is “fuming” over his brother’s comments and “absolutely does not support speaking out against the crown.”

William did speak to the couple’s racism allegations on March 11, telling Sky News, “We’re very much not a racist family.”