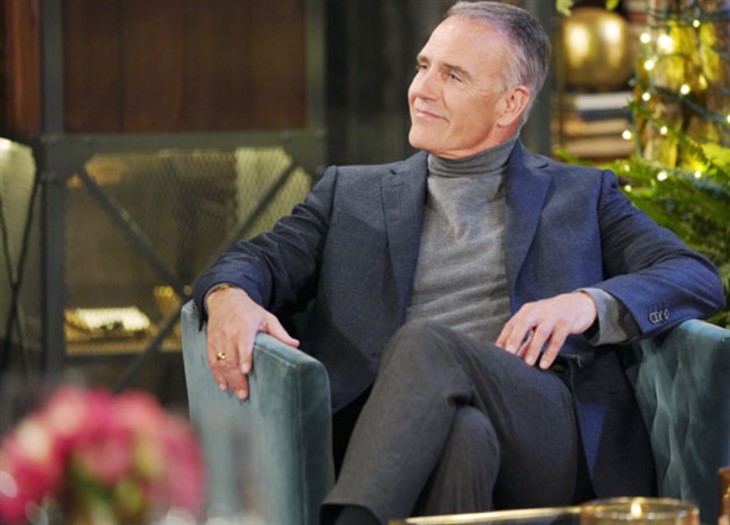 The Young and the Restless (Y&R) rumors and spoilers document that Amanda Sinclair (Mishael Morgan) has been asked for help by her mother, Naya Benedict (Ptosha Storey). But the request is both complex and horrifying.

Conjecture is part of the fabric of daytime that has long been washed with brand name detergent (wink)
. So, that’s where Ashland Locke (Richard Burgi) enters the speculative fray.

Amanda’s backstory began to be lengthened when she agreed to begin pursuing her genetic history. An eventual realization confirmed her connection to Hilary Hamilton (Morgan), with the twins real mother revealed as Naya.

Devon Hamilton’s (Bryton James) link to Amanda’s developing tale is one key, but the other is her own awareness of what yesterday means. Part of that now involves Naya’s ask, which will lead to some form of dramatic conclusion.  Someone killed Amanda’s father. Whether it was Sutton remains to be seen.

Kyle Abbott (Michael Mealor) is believed to be the father of Harrison Locke (no actor known to be cast for this role). However, he hasn’t confirmed that with a paternity test to-date.

One way to resolve this storyline on The Young and the Restless would be to merge Ashland and Richard’s backstories. Doing so would be an easy way to remove Ashland from the picture, thereby allowing Kyle to assume parental responsibility with the Lockeness Monster threat neutralized, unless he escaped prison some day.

The long tease of Ashland as a ruthless guy on The Young and the Restless would fit this type of speculation and allow a clever outcome to be created.

The Young And The Restless (Y&R) Spoilers: Alyvia Alyn Lind Out In Shocking Recast #YR #YoungandRestlesshttps://t.co/IPq9vjuULg

The Young And The Restless Spoilers – Selling Brand Name Soap

Devoted soap opera loyalists know that brand name soap detergents represented a large segment of the commercials that were seen during what were originally fifteen minute radio presentations. The serialized shows became so popular that they eventually transitioned to television many decades ago.

Y&R began as a half-hour steamer in 1973. It expanded from an original thirty-minute daily episode to a one hour show in 1980, when detergent commercials still ruled because of the advertiser’s perceptions.

Today, Y&R soap opera is populated by many pharmaceutical commercials, which again reflects advertisers assessment of the audience’s needs. However, great drama and surprise twists are still hallmarks of the soaps. Revealing Ashland as the man who killed Amanda’s father would be quite the climax.

Soap Opera Spy is a leading source for everything linked to The Young and the Restless. Check back regularly for Y&R rumors, spoilers, and news!