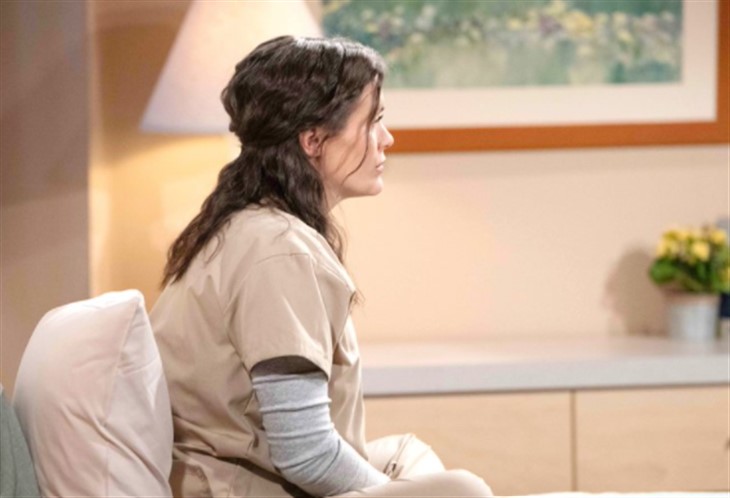 The Young and the Restless (Y&R) spoilers for Tuesday, May 25, 2021, reveal Victor and Adam solidifying their partnership while Chelsea solidifies her latest con.

The Young And The Restless Spoilers – Corporate Warriors

When Adam (Mark Grossman) awoke from his little fever dream of chess after giving Faith (Reylynn Caster) a kidney, he promised Victor (Eric Braeden) they would truly become the father and son business partners that Victor always wanted and on Tuesday they put that promise into action and go to work together to get that deal with Ashland Locke (Richard Burgi).

Will they have more success enjoying time together than Nick (Joshua Morrow) and Adam had? Clearly, these brothers are polar opposites and have absolutely nothing in common. But that didn’t stop Victor from trying to get them to be close.

Does Adam also have time to visit Chelsea (Melissa Claire Egan)? The Young and the Restless spoilers say that she ups her game with her little nervous breakdown con. Is Adam still falling for it? Rey (Jordi Vilasuso) isn’t too sure about what’s really going on with her and still seems to want Chloe (Elizabeth Hendrickson) to crack. But Adam is feeling all the guilts for causing Chelsea’s stroke and making her go crazy in the first place, so he might buy everything she’s selling.

Chelsea is determined to let the crazy card be her get-out-of-jail-free card but that will depend on everyone buying the total BS she is selling. Well, she was raised by con to be a con so this may be Chelsea’s greatest one yet.

Now that Faith’s problems seem to be stable for the moment, Sharon (Sharon Case) realizes she’s been pretty much neglecting a pregnant Mariah (Camryn Grimes). To that end, Sharon and Mariah spend some time together where we expect Mariah to vent about living with Abby and gestating that woman’s baby. It’s a lot harder than she ever thought.

Aside from the hardships that come with being pregnant, she also has the hardships of living with Abby (Melissa Ordway). Will Sharon realize she didn’t give Mariah enough advice before she jumped into this surrogacy thing. Stay tuned to The Young and the Restless weekdays to see how this story plays out.