The Young And the Restless (Y&R) Spoilers: Sally Sticks Her Nose In Again – Makes More Trouble for Ashland & Kyle 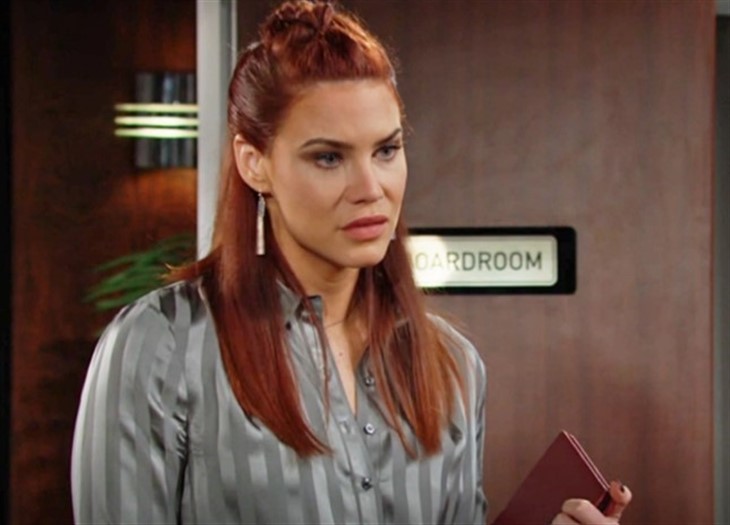 The Young and the Restless (Y&R) spoilers document that Sally Spectra (Courtney Hope) can’t keep out of other people’s business. So, as she’s been learning about the trouble between Ashland Locke (Richard Burgi) and Kyle Abbott (Michael Mealor), Hope’s character has decided to do the wrong thing.

Sticking one’s nose into a messy divorce that also includes a paternity question isn’t wise. But Sally sees opportunity. Fresh off her face being slapped by Summer Newman (Hunter King), Sally also is taking yet another opportunity to stir Skyle’s pot.

Sally doesn’t really have a personal life to speak of. Charity allows her to be working in Genoa City, Wisconsin, as well.

Many people have seen beyond the veneer. Phyllis Summers (Michelle Stafford), in particular, spotted Sally as today’s edition of the one-time Red. Of course, Phyllis was arguably more fierce, but the comparison was apt and old-school fans appreciated it.

Jack Abbott (Peter Bergman) pulled the plug on the start of what was becoming a relationship with Sally. But he’s since left the door open to a second chance.

Based on his reaction, Ashland had no idea that Tara Locke (Elizabeth Leiner) and Kyle were involved in New York City. There’s a wee bit of wiggle room left in the last sentence based on the manner in which Ashland is playing off his seemingly resolved heart crisis.

Telling Victor Newman (Eric Braeden) that he shrugged off being forced to sign the Cyaxares deal under duress was a face-saving story. So, it’s possible that Ashland at least suspected his wife of duplicity in the past without ever directly confronting her.

It’s simple to see that Sally will be inclined to provide whatever information can prove most damaging to Ashland now that he’s seeking to divorce Tara. Burgi’s character wouldn’t resist said offer, either.

The Young And The Restless (Y&R) Spoilers: Chloe And Billy Team Up To Frame Adam For A Different Crime? #YR #YoungandRestlesshttps://t.co/H8etm4CcFK

The Young And The Restless Spoilers – Kyle Abbott Stepping Up

It’s been a few months in the making, but Kyle is doing the right thing. He needs to know if Harrison Locke (Kellen Enriquez) is his child. So, the paternity test should confirm a yes or no answer.

Kyle has no time for Sally and along with Summer sees Miss Spectra as the ongoing threat that she is. Here’s hoping for Harrison’s sake that Sally doesn’t make much if any progress. The character Enriquez is playing stands to be the most negatively affected if she does.

Days Of Our Lives (DOOL) Comings And Goings: Chrishell Stause Is Back As Jordan Ridgeway