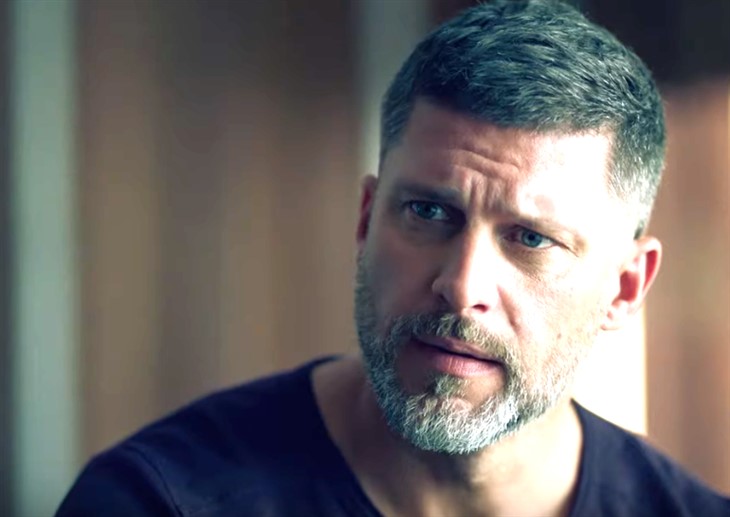 Days of Our Lives comings and goings reveal the return of Greg Vaughan as Eric Brady. Vaughan had been off the DAYS set for nearly two years and off-screen for over a year, so it’s time for him to return to Nicole and move this story along.

Nicole (Arianne Zucker) is thrilled when Eric (Greg Vaughan) comes home and aims to put that night with a drunken Xander (Paul Telfer) behind her. She falls straight into bed with Eric and is just so happy to have him home. She thinks Eric will never find out what happened because she has leverage over the only person who would blow her secret — Sami (Alison Sweeney). However, she is not counting on Sami to just be Sami and not care.

DOOL Spoilers – Greg Vaughan Is Not Back For Good

Actor Greg Vaughan said he was only on the set for a short period and they crammed a lot of episodes into that period, according to the July 20, 2021, issue of Soap Opera Digest. He also said it was weird to be back in Los Angeles and see how it had changed. He left the city just before the COVID shutdowns.

“[Executive Producer] Albert [Alarr] reached out to me and said ‘We want to bring you back and I said ‘Great, just tell me when and what’s the story.’ We talked it out and he said it was very important for Eric to come back and help reshape some storylines that have been affected by his absence but also help them go in a new direction. It was kind of an interesting take to bring Eric back from Africa after being off the canvas for such a long period of time, to make amends, to apologize for being gone for so long. But in doing so, more truths are revealed.”

Days of Our Lives Spoilers – Gregg Vaughan Then Returned To Los Angeles And Was Shocked By What He Saw.

“I left in March of 2020 and had been off DAYS since Thanksgiving of 2019 so it was like visiting a different town. LA was so different. I read the news and I follow everything that had been going on there but driving down Ventura Boulevard, for example, it was just so desolate, buildings for sale, everybody with masks. Everything seemed strange.”

And everything may feel strange in Salem too, especially once Eric learns the truth. Stay tuned to Days of Our Lives weekdays to see how these stories play out.