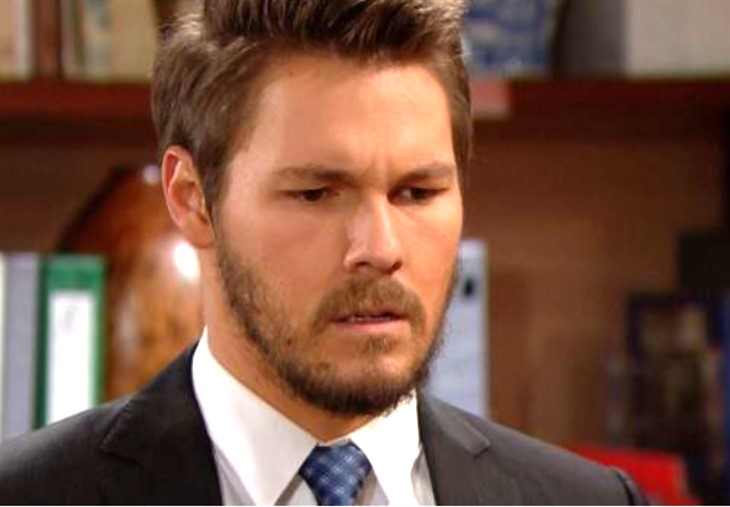 The Bold and the Beautiful (B&B) spoilers reveal that Liam Spencer (Scott Clifton) turns himself in. He confesses to the hit-and-run. However, Liam refuses to name Bill, even if it means a longer prison sentence. Can Hope Logan Spencer (Annika Noelle) get Bill Spencer (Don Diamont) to man up? She refuses to let Liam go to prison while Bill remains free.

The Bold And The Beautiful Spoilers – Overriding Bill Spencer

B&B spoilers reveal that Liam finally told Hope the truth about Vinny Walker’s (Joe LoCicero) death. She was horrified over the hit-and-run but also understood that once Liam fainted, Bill completely took over.

Ever since then, Liam has contemplated confessing the truth but Bill always stops him. “Lope” does consider keeping quiet, especially since they have no guarantees of what kind of sentence Liam will face. In the end, they both agree that no matter how scary or uncomfortable it is, Liam must tell the truth.

During the week of May 31, Liam will go to the police station. He sits down with the deputy chief and goes through what happened the night Vinny died. Even though Liam makes it clear that someone else covered up the crime, he refuses to identify Bill. Out of some sense of duty or family loyalty, Liam vows to protect his father. Liam’s refusal to name his partner in crime leaves Baker infuriated.

The Bold and the Beautiful spoilers reveal that Baker will make demands and thread in order to get his way. No matter what Baker says, Liam still won’t reveal his father as the person who covered up the crime. Liam is willing to accept being charged with multiple crimes instead of just what he is responsible for. That could mean the difference between probation or 20 years behind bars.

Hope knows that Liam’s best chance of getting a minimum sentence is for the police to learn who was in the car that night. If Liam won’t identify the person as Bill, then Hope fears that her family will be ripped apart far longer than necessary. She is already furious with how Bill made a bad situation so much worse by covering up the crime. While Liam is bracing for a prison sentence, Bill continues living his life.

In Hope’s mind, if Liam won’t help himself then she will have to do it. So, she goes to confront Bill and cries about how Liam is sitting in a jail cell. She orders Bill not to let his son take the fall for everything. However, will Bill agree to confess his part or could he really just Liam take the fall?