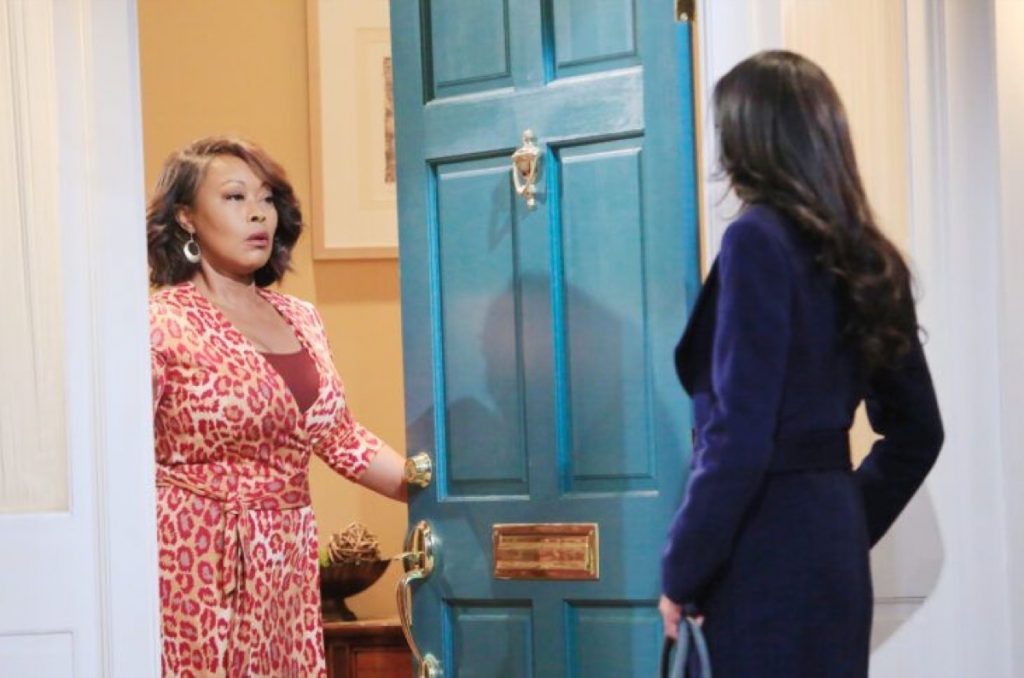 The Young and the Restless (Y&R) spoilers document that in Genoa City, Wisconsin Amanda Sinclair (Mishael Morgan) will pursue a connection with the birth mother she’s finally met. Yes, a restraining order has just been issued, which requires Naya Benedict’s (Ptosha Storey) surviving twin daughter to stay away from her. But perspectives will change moving forward.

Devon Hamilton’s (Bryton James) shared experience with his own birth father will continue to prove helpful. After initially being devastated and outraged at the legal response she’s received, Amanda will make eventual progress with her mother.

Time has allowed Devon to gain a perspective he didn’t have originally. Learning that Tucker McCall (as last played by Stephen Nichols, who is most famous for portraying Steve Patch Johnson on Days of our Lives) was his father proved to be totally jarring.

But Tucker bonded with Devon, as James’ character noted their mutual love of music and a fully selfless effort Nichols’ character made on his behalf. Tucker facilitated the necessary connections that helped Devon’s hearing to be restored.

As Devon told Amanda, he’s learned that Tucker gives what he can. That outlook allowed animosity to be released and for that father and son relationship to advance. Hopefully Nichols returns to the cast some day and Devon and Tucker can further their linked storyline.

Imani Benedict (Leigh-Ann Rose) is not interested in embracing her half-sister, Amanda. Instead, the character Rose portrays is deeply protective of her mother. Imani’s only child status and the Benedict family’s place in the political world clearly is influencing the manner in which Amanda is being dealt with.

While it’s not right, Imani’s reaction to the news that Amanda is Naya’s long lost daughter makes sense. Naya’s parents ensured that the twins she was having were removed from her life and Imani is following her grandparents path in believing she’s protecting family interests.

The Young And The Restless Spoilers – Amanda Sinclair Needs Time

Storey is believed to be playing a recurring character on the show, with the same likely being true of Rose’s alter ego as well. So, viewers will see more in this expansion of Amanda’s backstory.

Morgan’s second Y&R character needs time to process all that’s happened since Christmas Eve. That and Naya’s presumed, eventual show of strength will allow a family bond of some sort to be formed. The drama will come through how that happens.