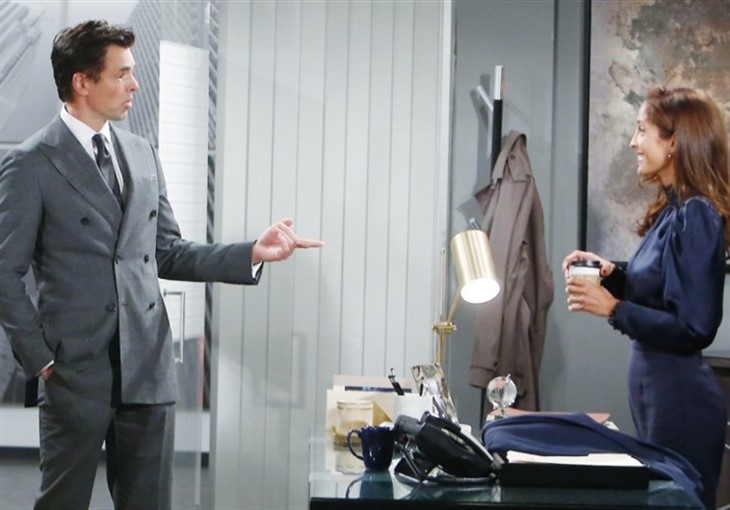 The Young and the Restless (Y&R) spoilers document that Billy Abbott (Jason Thompson) is currently committed to being honest. That’s a difference from many of his past choices, which he knows hurt the people who loved him.

Lily Winters (Christel Khalil) was disturbed by what she learned on the Jabot jet. But Billy’s decision to tell her what happened with Summer Newman (Hunter King) became a positive point. As a result, BiLily is greenlighted to a deeper extent than already seemed to be true.

One would have to be a longtime Y&R fan to recall when Lily and Billy, who wasn’t being played by Thompson at that time, were together. Both characters were in their youth and weren’t together for that long.

Digitally skipping to today, Lily has some similar qualities as Victoria Newman (Amelia Heinle). But she’s also different in that Lily and Billy aren’t linked through children and haven’t experienced the many stops and starts that Villy has.

Chance Com proved to be the greenhouse that produced BiLily, a flowery couple’s nickname that can be applied to this particular pairing at this time in Y&R’s history. Billy and Lily have become a balanced one-two punch.

Jill Abbott Atkinson’s (Jess Walton) choice to have Lily serve as a counterbalance to Billy was wise. Jill’s decision was mostly based on her motherly instinct, as she knew that Lily was a reasonable person who could serve as a stop against Billy’s more impulsive instincts.

While the above has proven true, it must also be said that Lily’s decision to take a chance on love with Billy was risky. She’s moved on from Lane and opted to believe that the encouraging signs Thompson’s character was projecting were legitimate. Lily has been proven right to-date.

The Young And The Restless Spoilers – Billy Abbott Walking The Talk

Billy bluffed his way through many past situations, many of which involved him creating trouble for others and sabotaging himself. The death of his daughter, Delia Abbott (Sophie Pollono), drove his self-defeating behavior for many years. But it’s become reasonable to give this man the benefit of the doubt, as Lily has.

It wouldn’t be fair to proclaim that Billy will screw up again, as that would propose a self-fulfilling prophecy. Viewers don’t want to be like Adam Newman (Mark Grossman). So they won’t do that.

The present and immediate future aren’t about waiting for Billy to fail. Instead, Lily has created a sustainable reality where he can succeed and isn’t expected to repeatedly apologize for the past, or be perfect now.

Billy, like others in Genoa City, Wisconsin, deserve an extended chance. With it, he has a real chance to succeed as he hasn’t before.