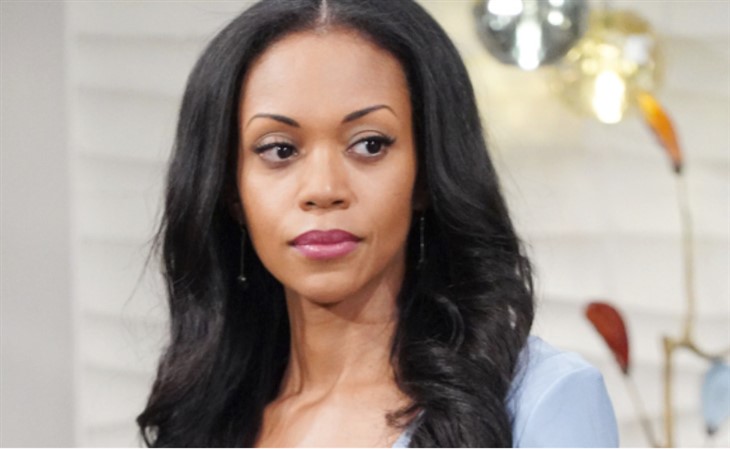 The Young and the Restless (Y&R) spoilers for Thursday, June 24, 2021, reveal in Genoa City, Wisconsin Amanda getting more shockers as she deals with that pesky biological family of hers.

Amanda (Mishael Morgan) didn’t realize the pit she was falling into when she agreed to represent her grandfather in court. Every time she turns around, she learns more about him, her mother, and her father that stun her and break her heart. She now knows her father wanted her and tomorrow she learns that her mother is still telling more lies, as all Naya (Ptosha Storey) seems to do is lie.

She also learns more information about her father from Denise (Telma Hopkins), the private investigator. After all these shocks, is Amanda ready to throw in the towel on these people or does she have the strength to endure more?

Advance her personal life or her career? That’s what Summer (Hunter King) has to decide. She seems to not suspect that the job offer that came out of nowhere is a little off and she wants to take the job. However, she also doesn’t want to leave Kyle (Michael Mealor) while they are trying to plan a wedding.

She also knows not to trust Tara (Elizabeth Leiner) around Kyle and has to have faith in him if she is going to leave. Kyle certainly isn’t expecting this news so if Summer decides she is going off to Italy for an extended period of time, how will he react? Perhaps Summer should do a little more investigating before she gets on that plane.

The Young And The Restless Spoilers – Phyllis Summers Has A Secret

Phyllis (Michelle Stafford) knows something that nobody else knows and the secret is eating away at her. She loves being privy to knowledge and she is good at keeping secrets for her own benefit, but if this doesn’t benefit her, what does she have to lose by telling someone? She definitely has Tara Locke’s number and already let Nick (Joshua Morrow) know that the woman is nuts. Does she learn something else about her that might affect Summer’s big decision? Stay tuned to The Young and the Restless weekdays to see how these stories play out.