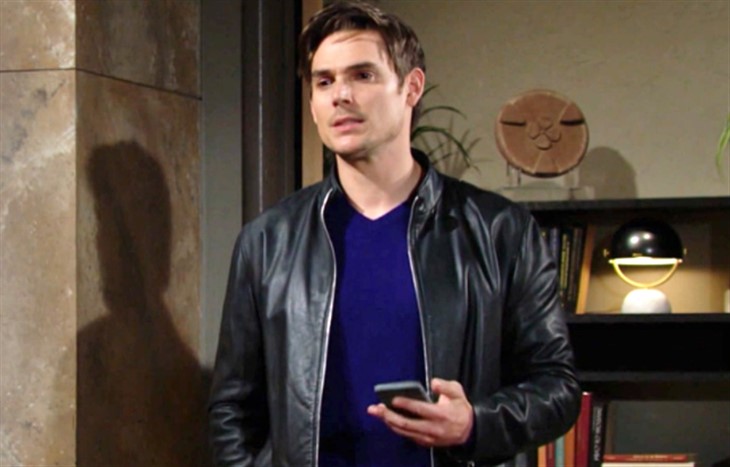 The Young and the Restless (Y&R) spoilers document that Adam Newman (Mark Grossman) feels terrible. He knows that Chelsea Lawson (Melissa Claire Egan) is indefinitely confined to a mental health ward because of his actions.

Adam was off-balance a number of months ago. As viewers recall, he was planning to literally topple Newman Enterprises, having obtained the building’s schematics. Adam’s intent was to terminate the Newman family, but thankfully Chelsea saw his laptop and disrupted what likely would have been a tragic outcome.

As a result of the above, Adam had Chelsea abducted. The blow she took to the back of her head led to a stroke, with a resulting extended recovery.

The Young And The Restless Spoilers – Shadam Tormented Chelsea Lawson

Adam was disappointed in the progress Chelsea was making at the penthouse. So, he employed a classic daytime strategy.

Sharon Rosales (Sharon Case) was asked and agreed to become Chelsea’s counselor. Egan’s character was infuriated that Adam would involve her rival at that most vulnerable point.

Sharon compounded the matter by playing mind games with Chelsea, squaring the approach with cases she read about in school. Chelsea snapped during that time period and planned revenge.

Rey Rosales (Jordi Vilasuso) became Chelsea’s target. She wanted to punish Sharon and felt the best way to do that was to poison Rey with Thallium.

Digitally skipping ahead in the storyline, Victor Newman (Eric Braeden) forced Chelsea to confess to Rey and Michael Baldwin (Christian LeBlanc). The plan was for her to do that in exchange for being ruled mentally unfit. That’s happened, with the outcome being that Chelsea is trapped in the mental ward and Rey now suspects foul play.

Adam Newman’s Awareness Of Rey’s Prodding Establishes The Next Conflict In This Evolving Tale.

Young And The Restless Spoilers – Is Chadam Done For Good?

Chelsea clearly wants nothing to do with Adam right now. However, as she recovers Egan’s character will realize that Rey’s point about Shadam’s revival only existing in her mind was true.

Adam will ward Rey off harassing Chelsea. Adam still cares for Egan’s character, beyond her indelible place as the mother of his son, Connor Newman (Judah Mackey).

While he wasn’t killed, Rey was hospitalized at Chelsea’s hands. If he determines that she is attempting to escape justice through some ruse with Victor, then Adam will be positioned as her protector. So, it’s reasonable to believe that Chadam might have a path back to eventual reconciliation.