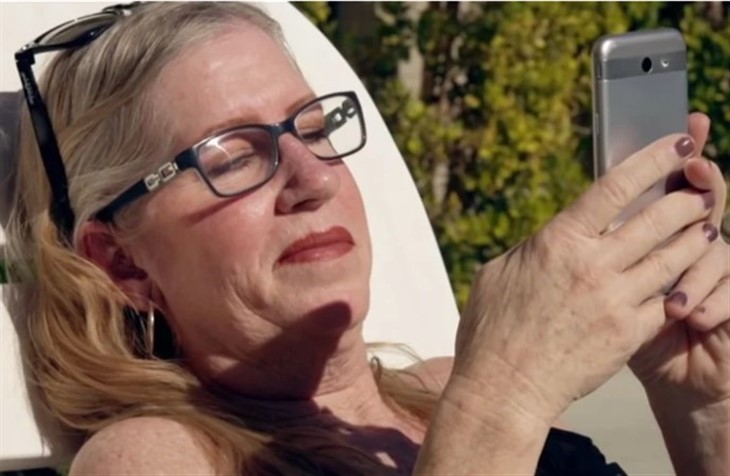 90 Day Fiancé stars Jenny Slatten and Sumit Singh are very active on social media. Sumit tends to post scrumptious images of food on his Instagram, while Jenny enjoys sharing her life on Facebook. Recently, it seemed that Jenny was about to undergo a major makeover, as she posted a series of images, with several different hair colors, asking fans which looked best.

Judging by their various posts, Jenny and Sumit are enjoying their lives together and like to share some of the fun with their followers. It turned out Jenny wasn’t dying her hair in rainbow shades but was rather having fun with various filters. She experimented with green, red, teal, and pink. Obviously, she looks best in her original blond!

More recently, the 90 Day Fiancé star discovered a wonderful cartoon app by Voila, AI Artist. She had so much fun sharing cartoons of herself and Sumit, included here.

Despite their 30-year age gap, Jenny and Sumit continue to be together. However, they have not yet been able to wed, firstly due to problems with Sumit’s family and then with the COVID-19 pandemic. As readers know, India has been struck by a particularly nasty variant and fans were worried about the couple. Jenny and Sumit were infected with the virus, but luckily soon recovered and are back to normal life.

TLC 90 Day Fiancé Spoilers – Who Does The Cooking – Jenny Slatten Or Sumit Singh?

Part of that normal life includes cooking up amazing dishes, which Sumit shares on Instagram. He recently shared the ingredients for a dish called paneer bhurji. Many fans believed that Jenny had cooked up the dish, but it turns out Sumit is the chef of the house.

Scrolling through the comments to the post, while most fans congratulate Jenny on her cooking skills, poor Sumit keeps pointing out that he is the cook. How many women dream of having a husband (or fiancé) that can cook up delicious meals like this?

Meanwhile, it is great for fans to be able to keep up with Jenny and Sumit on social media, whether playing with filters or cooking up great meals! Hopefully, one day, the couple will be able to make a marriage announcement to the world on their social media.