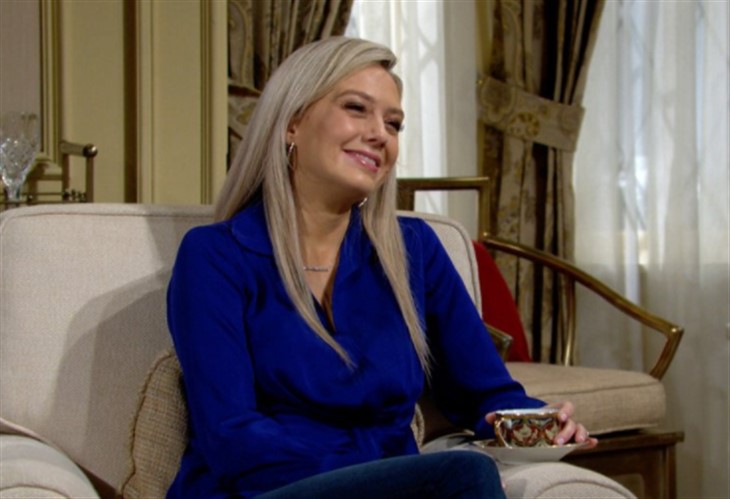 The Young and the Restless (Y&R) spoilers document that Abby Newman Abbott Chancellor (Melissa Ordway) is pressing ahead. Chabs surrogate, Mariah Copeland (Camryn Grimes), and donor, Devon Hamilton (Bryton James), are people who the newly married couples knows and trusts. So, they are solid choices.

But two major problems exist. One involves Abby’s assumption and the other is a cast consideration.

Abby believes that her husband’s work assignment will conclude in the relatively near future. But Chance Chancellor (Donny Boaz) only offered a guess as to when he would be able to return to Genoa City, Wisconsin. And Boaz’ known work status implies that Y&R doesn’t have a definite plan to bring this character back.

The Young And The Restless Spoilers – Future Destination Remains Unclear

Viewers were as perplexed as Abby. She couldn’t believe that her husband had to leave town without even saying goodbye.

It didn’t make sense that Boaz would be leaving the show after the Chabs courtship, wedding, and family plans started. But in retrospect, the last few months of the uplifting love story did feel rushed.

Apparently Chance isn’t being killed off, according to a news Boaz announced through social media. He was also told that the character won’t be recast. Time will tell if the second part of what he learned proves true.

Justin Gaston (Chance) did a good job filling in for Boaz, when he was out sick. While there is no confirmed information indicating that Gaston will ever reprise what was a temporary role, this possibility can’t be ruled out.

It would make sense to see Boaz return to the cast whenever Mariah delivers the baby. The assumed successful process will happen no earlier than the end of this year. Though early in 2022 seems more likely.

So, taking Y&R at its word and assuming no change in whatever the plans are, Chance could become a recurring character less than a year from now. Boaz could also return to the cast on a regular basis by or before then as well.

To not have Chance ever return or not return for many years would seem very unusual, especially if the surrogacy efforts go as hoped. Some type of advancement, or relationship closure is also needed for Ordway’s character. Would the writing staff allow Abby to remain married, but on her own, indefinitely?

The Young And The Restless Spoilers – Two Characters Directly Involved

Mariah was a nice choice to be the surrogate because she was Abby’s Maid of Honor. Devon makes sense because he and Abby have been friends for years.

The Young And The Restless Rumors: Phyllis Fights Dirty For Summer?https://t.co/S0EOgIZt4v

The inclusion of James’ character is intriguing because he’s concurrently involved with two loves, Amanda Sinclair (Mishael Morgan) and Elena Dawson (Brytni Sarpy). How long Amanda is connected to Devon is a good question because she is primed to learn about his apparently reviving relationship with Elena.

So, there might be some as yet to be revealed tie-in between Devon’s love interests and his voluntary decision to help Abby and Chance.