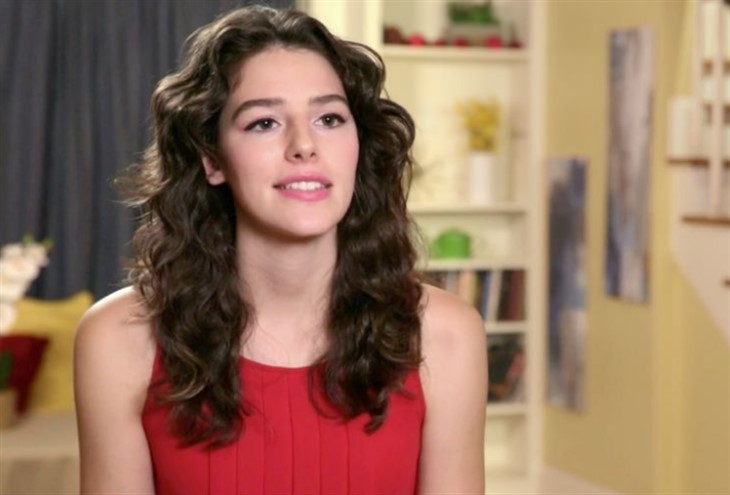 It has been a while since 90 Day Fiancé fans have heard much from Evelyn Cormier and her husband David Vazquez Zermeno. However, the season 5 stars did recently appear on 90 Day Fiancé: Love Games on discovery+. Many fans have kept up with the couple on social media and were sad to see a recent message posted by Evelyn on Instagram.

In an Instagram post, Evelyn, 22, asked fans for prayers for her husband David, 30, after he was struck by a car while riding his bike to work. She included a selfie of herself with her husband, both wearing face masks, at Ronald Reagan UCLA Medical Center in Los Angeles.

Evelyn captioned her post, writing, “He’s in a lot of pain and we are still waiting on the X-ray results from the doctor.” She added, “Luckily he’s in good spirits and did not seem to injure his head.” Cormier added a red-heart and praying hands emoji to her message. Fans commented, offering their best wishes to David for a speedy recovery.

Evelyn and David have most recently appeared on the discovery+ spinoff, 90 Day Fiancé: Love Games. Prior to their appearance on the fun series, Evelyn addressed rumors in February that the couple had split. Questions arose as the couple doesn’t share much on social media and Evelyn has been spotted without her wedding ring.
Evelyn told People at the time that it gets annoying when people constantly ask if they are still together. They keep checking if she is wearing her wedding ring. Evelyn said that she does a lot of modeling on the side and doesn’t always wear her wedding ring. However, that doesn’t mean “there’s trouble in paradise.” She added that people just like to “read into everything.” 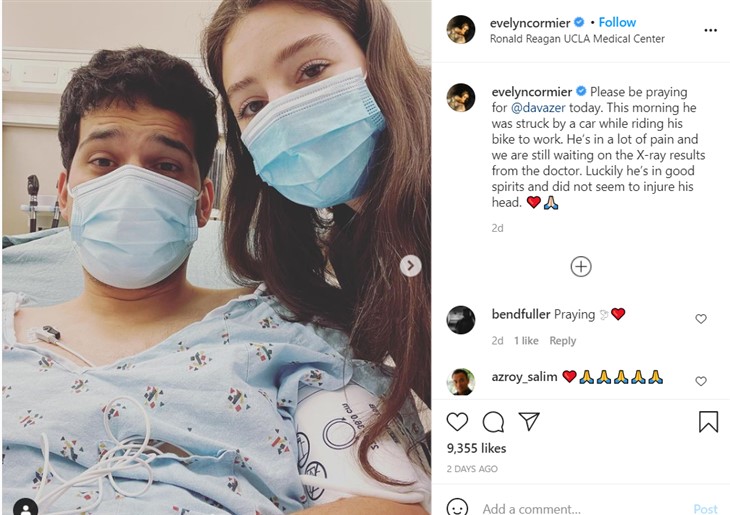 Besides starring on 90 Day Fiancé and the discovery+ spinoff, Evelyn went on to compete on the 2019 season of American Idol. In fact, in October of that year, Evelyn and David said they were moving to Los Angeles for her music career. They have been married since 2017 and were previously living in Evelyn’s hometown of Claremont, NH.

We wish David a full recovery from his injuries and hope he is back on his bike soon! Fans can currently watch Season 8 of 90 Day Fiancé on TLC, Sundays at 8 pm ET