The Young And The Restless (Y&R) Comings and Goings: Jacob Aaron Gaines Cast As Moses Winters 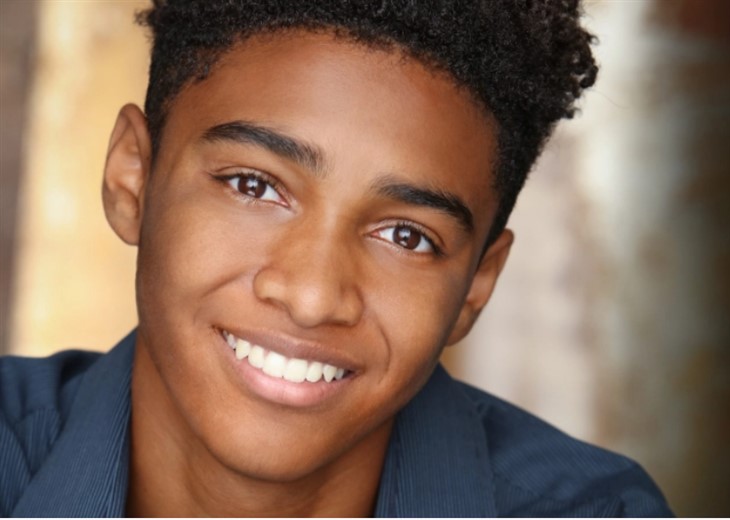 The Young and the Restless (Y&R) spoilers reveal that the role of Moses Winters, the son of the late Neil Winters (the late Kristoff St. John) and Sofia Dupre (Julia Pace Mitchell) has finally been cast. Jacob Aaron Gaines has been cast in the pivotal role on the soap based in Genoa City, Wisconsin.

Sofia Dupre hasn’t been on show for some time following her 2012 debut and she is not expected to accompany her son to town even though his father Neil has passed away.

Moses is coming back for his education and will become a part of the teen scene.

“I’m honored to be playing Neil’s son and to show Y&R fans a little piece of him,” the newbie told Soap Opera Digest. “I’m thrilled to be able to do that. Kristoff’s [St. John, ex-Neil] story hit me pretty hard and I’m sure I won’t understand the true gravity of it until I’m further into playing Moses. For now, it’s a huge privilege for me.”

The Young And The Restless (Y&R) Spoilers: Phyllis Horrified, Interfering Pushes Jack And Sally Into Bed

Y&R Spoilers – An Important Role Has Been Recast

Mose Winters is Gaines first daytime drama role but he has already built up an impressive resume.

Fans will see Moses arrive in town on Thursday, April 1. After he arrives Moses will reconnect with his siblings Lily Winters (Christal Khalil) and Devon Hamilton (Bryton James) as well as his cousin Nate Hastings (Sean Dominic).

It has already been mentioned that Moses will be mentored by Nate. Nate works as a doctor in town and Nate has expressed an interest in becoming a doctor.

But there is also speculation that he will interact with the younger actors, notably Faith Newman (Alyvia Alyn Lind). Faith is going down the wrong road right now. She is involved with an older teen crowd and this has led her to numerous instances of trouble including drinking. Her parents want her to go to counseling but she is resistant. Will Moses help Faith to get back on the straight and narrow? Or could it be that the two of them travel a dark path together?