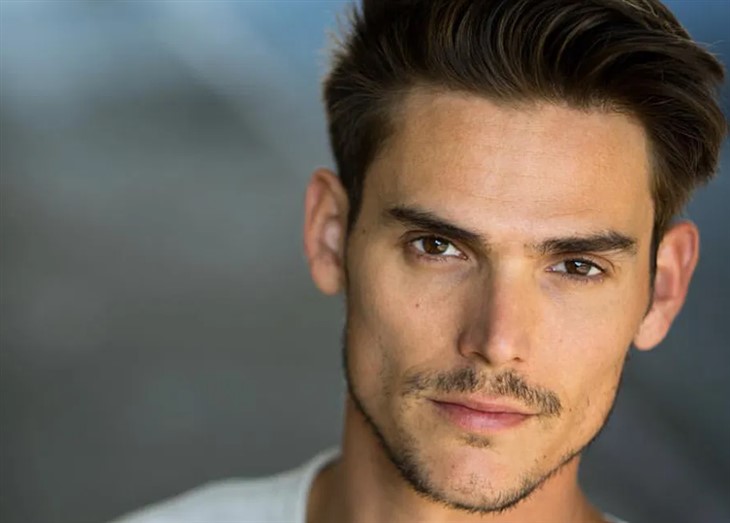 The Young and the Restless (Y&R) spoilers reveal that Adam Newman’s portrayer Mark Grossman is shedding some light on the rogue’s complex life. As fans know he is with Chelsea Newman (Melissa Claire Egan) but loves Sharon Newman (Sharon Case).

Chelsea is confined to a wheelchair and Adam is taking care of her along with expert medical help. What he doesn’t know is that she is playing him! She is no longer inert and is waging a campaign of terror against him and Sharon. In the meantime Sharon is married to Rey Rosales (Jordi Vilasuso) who it has just been discovered, was sickened with rat poison.

Grossman spoke with Soap Opera Digest to give his insights on his character’s complicated life.

The Young And The Restless Spoilers – What is Going On With Adam Newman?

Grossman was asked why Adam has had such a tough time choosing between Sharon and Chelsea. He replied, “With Sharon, it’s the ‘first love’ thing for him. I think the reason why Adam and Chelsea can relate to each other so well is because they both have this dark, manipulative, con-artist side.”

But that kind of volatility has led Chadam to some dark places in the past and it looks they are about to go there again.

The Young And The Restless (Y&R) Spoilers: Rey Thinks Adam Poisoned Him, What Will He Do?

Y&R Spoilers – Chadam Has A History Of Chaos

During the interview Grossman also talked about his strife-filled relationships with his siblings Victoria Newman (Amelia Heinle) and Nicholas Newman (Joshua Morrow).

He was asked, “Adam’s relationships with his siblings are notoriously complicated. Who do you think Adam is most challenged by, Nick or Victoria?”

Grossman answered, “Definitely, Victoria. She’s running Newman now and just because of that it seems like Victoria and Adam have a more adversarial relationship now. They’re both gunning for Victor’s approval. With Adam and Nick it’s more of a guy thing, like, ‘Screw you man!’ ‘No, screw you!’”

The Young And The Restless (Y&R) Spoilers: Adam Accused Of Poisoning Rey – Chelsea Appears To Be Guilty https://t.co/bZZRFBr9aH pic.twitter.com/GEr7HP9f9k

Still, neither Nick nor Victoria have any time for Adam and this has incensed him in the past, making him feel like the black sheep of the family.

At this time he and dad Victor Newman (Eric Braeden) have scored a business coup out from under Victoria and this will likely intensify their animosity. One thing is for certain, there is never a dull moment with Adam and explosive show spoilers reveal that when he figures out Chelsea’s con all bets are off!