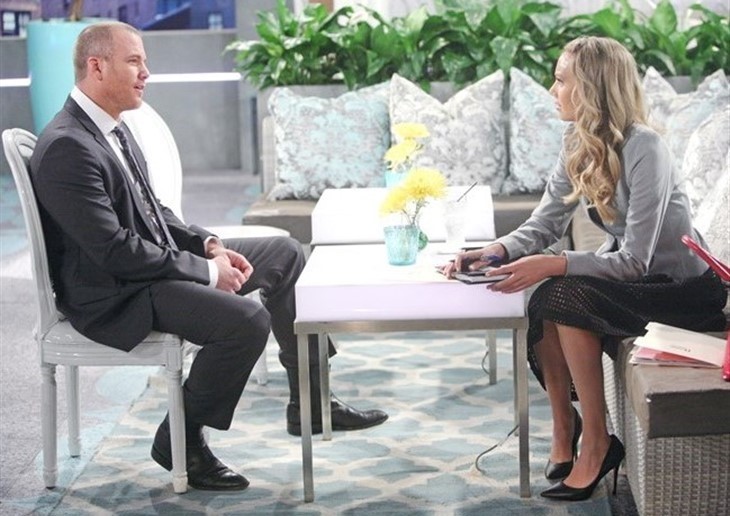 The Young and the Restless (Y&R) spoilers document that Abby Newman Abbott Chancellor (Melissa Ordway) unexpectedly has her first husband back. Ben Stitch Rayburn (Sean Carrigan) is carrying a torch for his former wife. Hopefully he’s not also harboring a dark secret, as that wouldn’t fit with the history of Carrigan’s just revived character.

Along with the above, Mariah Copeland (Camryn Grimes) remains missing. That part of the storyline involving Abby digs the plot hole that was left when Donny Boaz (Chance Chancellor) was oddly written out of Genoa City months ago.

The Young And The Restless Spoilers – Bye Stitch, See You Someday

Hardcore fans recall that Carrigan’s character was also written out of the show in unusual fashion. Abby suddenly decided one day that she didn’t love Stitch and told him so. That was it for Stabby.

Stitch remained in town for a short while after he and Abby broke up. His role as a physician at Genoa City Memorial Hospital was tapped in a handful of scenes, while Carrigan’s contract played out.

So, Stitch left town and was rarely mentioned until he recently reappeared. It remains possible he was the shadowy figure that was present in the Chancellor mansion a number of weeks ago while Abby was sleeping. Upon awakening she sensed someone was there. But neither Abby nor the fans have received confirmation to-date.

Y&R Spoilers – All Was Well With The Baby

Mariah was doing fine with her baby. She was last seen in Chancellor Park by Stitch.

Tessa Porter (Cait Fairbanks) and Abby are currently very worried by Mariah’s dropout. She wouldn’t behave in this matter, with the text messages that are supposedly from her not appearing to be written in her voice.

So, instead of a happy summer story, where Mariah’s surrogacy generosity is leading to the birth of Chabs’ baby, the fans are witnessing what appears to be a kidnapping.

Abby finally finds someone to love. A month’s-long, old-fashion courtship plays out. Then, Abby and Chance get married.

The wedding and honeymoon episodes includes the unique inclusion of Ordway’s actual husband (Justin Gaston, Chance) filling in for Boaz, who was out with the virus. Then, after Boaz returns, he’s gone?

Y&R is hopefully building toward some sort of climax and conclusion that ties all these loose ends and proves satisfying. Abby deserves happiness in her life and not this created drama.