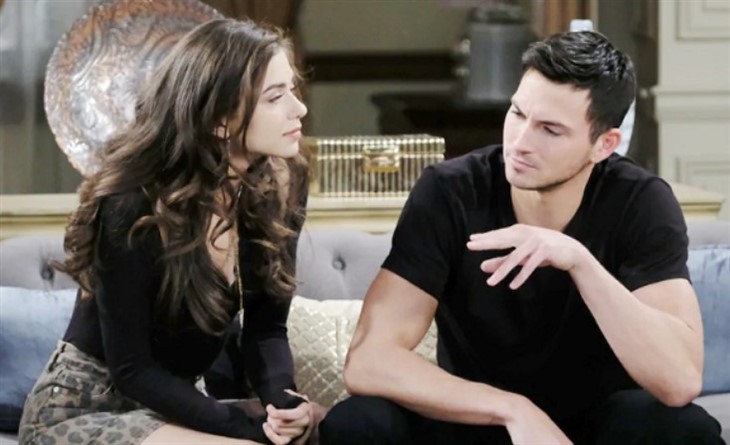 Days of Our Lives (DOOL) spoilers reveal in Salem Ben (Robert Scott Wilson) trying his best to get through to Ciara (Victoria Konefal) now that he’s kidnapped her from her own wedding — Bo Brady style.

Days Of Our Lives Spoilers – Was Ciara Brady Holding Out For A Hero?

If you were watching Days of Our Lives in 1984, you remember it well. If you weren’t, Ben Weston is giving you a taste of it and we are here to flashback to the details.

Hope Williams (Kristian Alfonso) was only 18 years old when Doug (Bill Hayes) pushed her into the arms of District Attorney Larry Welch (Andrew Massett), who was definitely a lot older than her so it barely made sense that Doug would want his teenage daughter involved with this man, but in Doug’s eyes, he was better than that rebel on a motorcycle, Bo Brady (Peter Reckell).

Well, Bo Brady didn’t think so and he was determined to make sure Hope didn’t marry Larry. At this time, Bo had also been pushing Hope away for months as he tried to solve yet another serial killer mystery. Like Ciara’s family today, Hope’s family was also in on the plot.

Alice Horton (Frances Reid), whose namesake is Allie Horton (Lindsay Arnold), wanted Bo and Hope together and knew Hope was making a big mistake, so she helped him kidnap her granddaughter from her own wedding by assisting a decoy. Bo managed to grab Hope and stick her on the back of a stolen police motorcycle and Alice managed to get Bo’s gruff detective boss, Howie Hoffsteader (Stanley Brock), dressed in a replica of Hope’s bridal gown. When Larry lifted his veil to see his bride, there was Howie, cigar and all, asking the groom to pucker up for a kiss.

Those were the days when soaps could still afford to get out of the studio and at the very least get on a California highway where Bo rode his motorcycle with Hope on back in her wedding gown screaming at him the whole way. When he finally stopped in a park, Hope ran off but Bo chased her and she couldn’t resist his arms, his kisses, and his charm. She melted quickly and Bo and Hope were determined to be together again.

It was not meant to be at that point in time as some nefarious bad guys kidnapped Bo and insisted Hope marry Larry, who was a DA on the take. However, Hope’s marriage to Larry was in name only and she snuck off whenever she could to see Bo and together they helped end her sham of a marriage.

Now, it’s 37 years later, Ben has kidnapped Ciara from her wedding and put a decoy in her place and we have to wait two weeks to see if his plan really does jog her memory. It’s going to be a long Olympic break, but Days of Our Lives did the clever thing by keeping us guessing what will happen next.