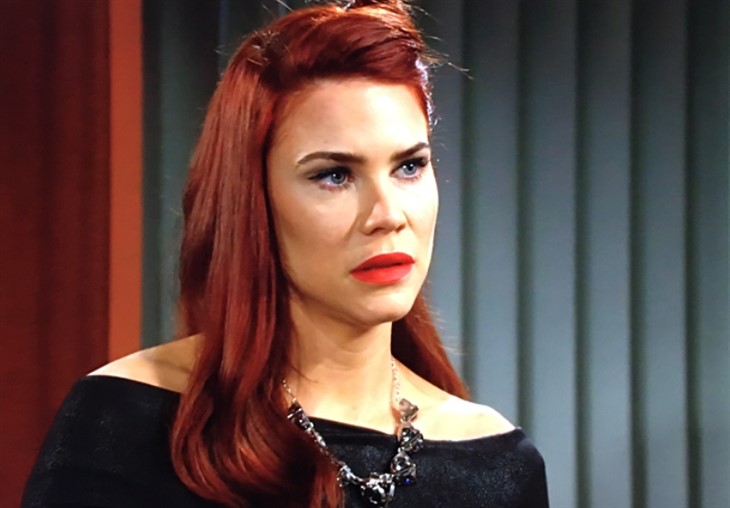 The Young and the Restless spoilers say that Sally Spectra (Courtney Hope) has found herself in a heap of trouble again, but that shouldn’t surprise anyone, right? As Sally’s past is creeping back to haunt her, her world is going to implode when her past sins come to light. In fact, here are three things that are bound to happen to Sally. Check it out below and let us know what you think.

Sally Spectra is not the kind of person you can trust with your children, your beloved grandmother, or your dog for that matter. She doesn’t know what the truth is, because she’s never told it before. While Sally always believes that she is right, we have a feeling that she might push things to the extreme by getting her revenge on Phyllis Summers (Michelle Stafford). But before that happens, she’s going to twist the truth to Jack Abbott (Peter Bergman). Somebody better lock their door when they sleep at night!

The Young and the Restless spoilers say that Jack Abbott is willing to give Sally another chance. But how many times can a man be fooled until he realizes that he’s being used? Either way, it looks like the two are going to give their relationship another try, which spells trouble. But then again, everyone knows that Jack loves redheads, and it doesn’t get more feisty than Sally Spectra. With that said, he certainly needs to protect his family’s business while she’s shagging her in the interim!

If there’s anything that we’ve learned about Sally Spectra over the years, it’s that she likes to run away from her problems rather than face them head-on. After all, isn’t that the reason why she left the fictional town of Los Angeles that the legacy Forrester, Spencer, and Logan families rule? While a lot of fans would love to see Sally last in Y&R, we have a feeling that she might not make it very long in Genoa City. Sally is the kind of person who wants more because she thinks she deserves more. Watch this space as we have a feeling there is so much more to come!