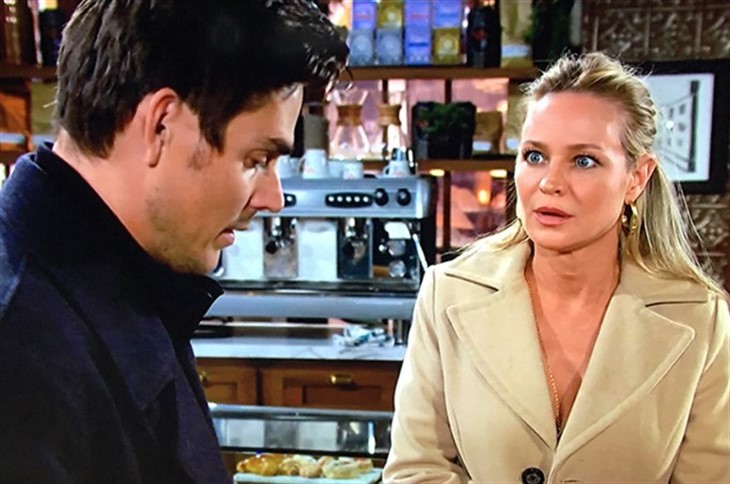 The Young and the Restless (Y&R) spoilers reveal that our CBS insider is dishing the dirt and what they have to say will be music to some fans’ ears and a horrible cacophony to the rest. What is the newest scoop on a certain longtime, on and off, fan fave couple? Keep reading to find out Y&R fans!

The Young And The Restless Spoilers – Shadam Are On Or Off This Week?

According to our inside CBS source, the back door dish on Shadam is heating up. Surprisingly Adam Newman (Mark Grossman) hasn’t been given the key to Genoa City nor a statue erected in his honor at Newman Enterprises following his recent heroic lifesaving deed.

Make that two deeds, saving the lives of two family members and apparently asking nothing in return. Normally Adam is not the first person in line granting favors for his family but in the past few weeks he has really stepped up. The first deed occurred when he saved his white knight brother Nick Newman (Joshua Morrow) from a tornado ravished root cellar in Kansas.

Y&R Spoilers – Adam Is A Heroic Hero of Epic Proportions

As if that weren’t enough, Adam hotfooted it back to GC to donate a vital organ to Nick’s daughter, his niece Faith Newman (Reylynn Caster). Thankfully Adam is not waiting around for a thank you since the surly teen has been throwing herself a pity party over having to accept a kidney from the likes of Adam.

In the meantime Nick is being grateful for the two of them, practically washing Adams’s car every week. Adam has since devoted himself to getting back to being a ruthless businessman. Is romance on the horizon?

TPTB have teased that Adam is going to have a red hot new romance with a newbie character this summer. But, time’s running out! Not to complain or anything, but we’re halfway through June and Adam is as single as a one dollar bill.

Whatever happens to Adam this summer, our insider is hearing about what could go down in fall. And it involves Sharon Newman (Sharon Case). Shadam is the word being tossed around as a couple’s possibility by pumpkin pie time.

According to our source, Shadam is a strong possibility for fall with showrunner’s wanting to get this two back on track.