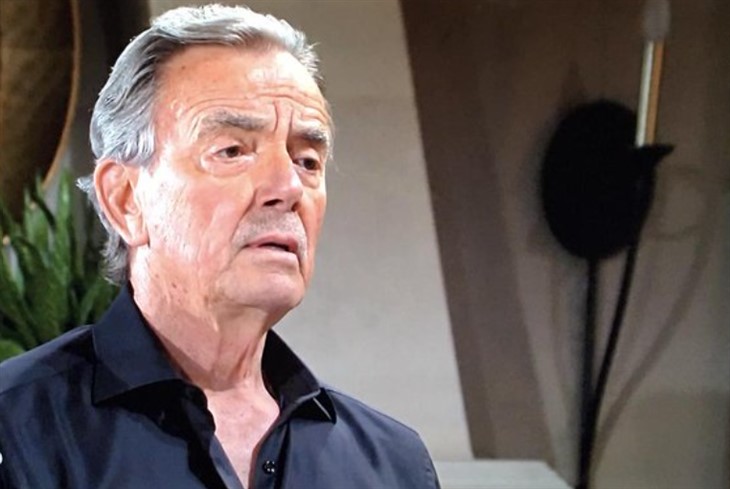 The Young and the Restless (Y&R) spoilers reveal that Victor Newman (Eric Braeden) confronts Chelsea Lawson (Melissa Claire Egan). He tells the schemer that he knows that she’s faking and to give up the act. When she refuses to back down and keeps up the scheme, Victor gives her a stern warning that she won’t get away with framing Adam Newman (Mark Grossman).

The Young And The Restless Spoilers: – Victor Newman’s Confrontation

Y&R spoilers reveal that Victor knows all about Chelsea’s game. He is furious that she is framing Adam for poisoning Rey, who is a law enforcement officer. That means the penalties would be even steeper than if the victim were a civilian. Egan explains the upcoming scene with Soap Opera Digest, “… Victor says, ‘You can drop the act because I’m on to you.’ Internally, Chelsea is like, ‘Uh-oh,’ but keeps her facade up and doesn’t flinch because she’s a pro at this. At first, she doesn’t know Victor’s exact intentions and how much he’s aware of, so her con artist past is really helping her here. She plays dumb…”

Victor tells Chelsea he not only knows that she’s faking her lack of recovery, but he is aware she’s framing Adam. He tells the schemer that she isn’t going to get away with what she’s doing. However, Chelsea still keeps up her act and won’t give up when she’s so close to winning. However, there could be an additional complication for her.

The Young And The Restless Spoilers: – Chloe Mitchell Panics

The Young and the Restless spoilers reveal that Chloe is already panicking. Chelsea assured her that the only target was Adam. So, Chloe helped her friend when she was promised that nobody else would get hurt. However, she had no idea that Chelsea’s scheme involved poisoning Rey and framing Adam for the crime. She is concerned that she could go to prison for helping Chelsea and lose her children. When she finds out what Victor said during his visit, Chloe just might go over the edge.

Egan explained to the publication that Chelsea is not going to give up. Even though her plan is falling apart at the seams, she keeps on going. The actress teases that it becomes a game of cat and mouse, but will she eventually crack? That remains to be seen and we will just have to keep watching to find out what Victor is going to do to clear Adam’s name. There is no way that he’s going to let Chelsea get away with this. Could Chloe end up going into so much of a panic that she betrays her friend? We will have to keep watching the CBS soap to see how this story ends.