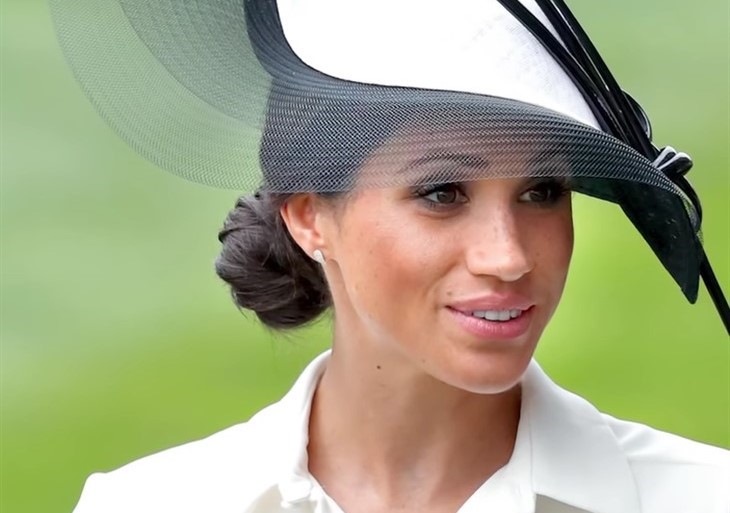 British Royal family reveals it’s been reported that Meghan Markle, Duchess of Sussex will be perhaps the only senior member of the royal family who will not be attending Prince Philip’s funeral this coming weekend. Apparently, Meghan’s physician did not give the Duchess clearance to fly from Los Angeles to London because of her pregnancy and of course, the ongoing pandemic that has been the coronavirus.

But could there be another reason why the Duchess of Sussex is not flying to London to be by her husband’s side during perhaps one of the most difficult moments of his life? Maybe. Here are five reasons why Meghan really doesn’t want to go to Prince Philip’s funeral.

#1 She’s Burned Too Many Bridges

Let’s just put it this way: if Meghan Markle wanted to take a walk on the streets of London, there wouldn’t be many places that she could go, simply because she’s burned basically every bridge there is in London during her explosive interview with Oprah Winfrey back in March. And we are not talking water under the bridge stuff, here. Meghan Markle is persona non grata in perhaps the whole of the U.K.

#2 She Doesn’t Want To Face The Public

If there’s anything that we’ve learned about Meghan Markle these last few years, it’s that she likes to control the narrative, especially when it comes to what people say about her or hear from her. But in this case, there isn’t much to control. Meghan is a smart woman and she knows that after all the things she’s said about the royal family to Oprah, there is no way she could ever face the British public again.

In addition to all of the above, Meghan perhaps doesn’t want to face Queen Elizabeth. Sure, both she and Prince Harry are still on speaking terms with Her Majesty, but it’s without a doubt that their interview with Oprah had to have hurt. A funeral perhaps is not the best time for them to try to patch up their differences.

#4 This Is Not The Kind Of Publicity She Wants

For Meghan Markle, the only good kind of publicity is positive publicity and that’s something she’s just not getting across the pond right now. Even though she knew that getting criticized publicly for doing some of the things she’s done is all part of the job, she just couldn’t take the heat no matter what is said about her.

#5 She Knows She’s Not Welcomed Back To The UK

Meghan Markle is a very smart woman. She knew that by saying all those things she said about the royal family during her interview with Oprah Winfrey would mean that she would be making a whole lot of enemies. It’s almost a good thing that she’s using her pregnancy as a cop out, because otherwise she would have no choice but to face the wrath of the British public. Do you agree?