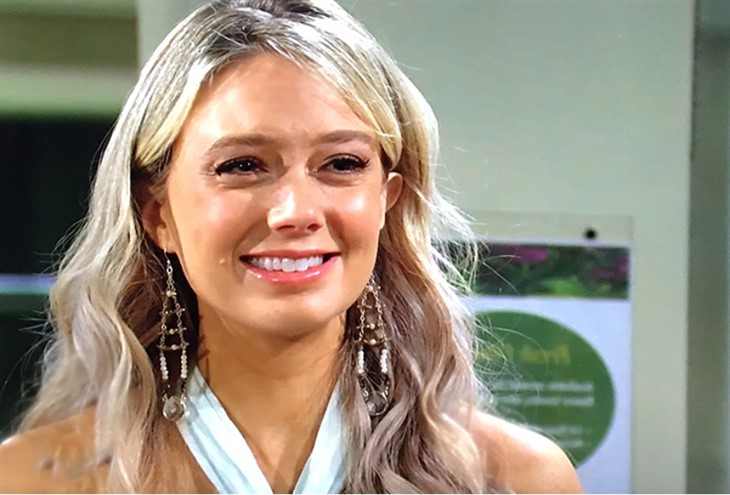 The Young and the Restless spoilers for Tuesday, September 7, 2021, reveal Abby embracing new motherhood, but all alone and she may not be able to take it anymore.

The Young And The Restless Spoilers – What Happens To Abby Newman Now?

Well, after whining and crying and begging, Abby Newman Chancellor (Melissa Ordway) finally has the baby she’s always wanted but she still doesn’t have the husband she’s always wanted. Chance disappeared before Mariah (Camryn Grimes) even became pregnant with the embryo created by Abby’s egg and Devon’s (Bryton James) sperm and he is still nowhere to be found.

Abby tries her best to reach him on Tuesday and let him know he is legally a father now, but she doesn’t have any luck. Chance’s MIA status is becoming more and more troublesome for Abby and now that she has this baby, she doesn’t want to be alone in raising him. Is Chance going to be out in the cold if he ever does manage to make it home? Is he even gone because he has to be or because he wants to be?

Y&R Spoilers – Mariah Copeland’s About To Lose It

With Dominic in her arms and in her life now, Abby seems to have tossed Mariah aside and Mariah feels the sting. She is no longer important in this baby’s life, at least according to Abby. Plus, Mariah is very attached to the baby who was her only company while locked up alone in that wood-paneled room.

On Tuesday, Sharon (Sharon Case) and Tessa Cait Fairbanks) try to comfort Mariah as she seems to be on the brink of breaking down. Will anything they have to say even matter? Might Mariah be suffering from both PTSD and postpartum depression? That had to be a terrible combination.

Rey (Jordi Vilasuso) goes gunning at Adam (Mark Grossman) again on Tuesday and tells him he knows what he is up to. Well, what is Adam up to? He seems interested in Sally Spectra (Courtney Hope) now and has been leaving Sharon alone. What could Rey’s problem be? Maybe Rey should actually be apologizing for accusing Adam of kidnapping Mariah. Stay tuned to the Young and the Restless weekdays to see how these stories play out.