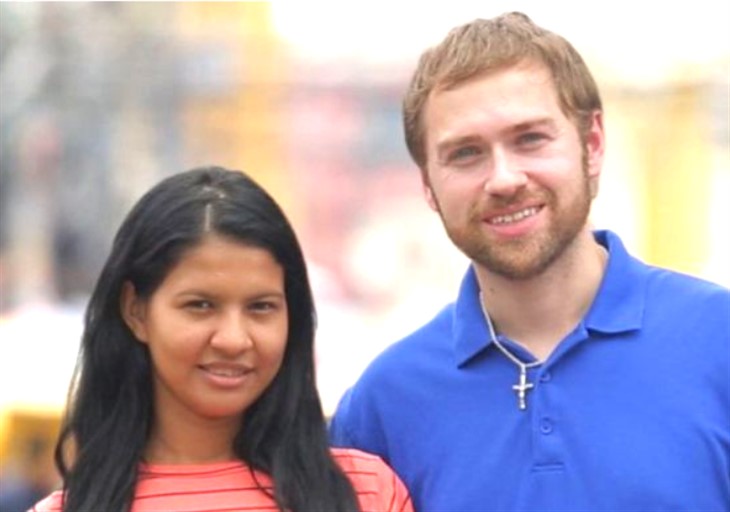 It doesn’t seem that long since 90 Day Fiancé alums Paul and Karine Staehle (nee Martins) welcomed their second son, Ethan. Along the way, the couple has had a rocky relationship, but it looks like Paul and Karine’s marriage is officially doing fine. This is after Paul posted an Instagram Story on September 1, which seems to reveal a Clearblue Advanced Digital Ovulation Test. The test is used to determine peak fertility days, so does this mean he and Karine are trying for a third baby?

Paul, 38, and Karine Staehle’s (25) first child, Pierre, was born in March 2019. Meanwhile, the 90 Day Fiancé stars welcomed their second son, Ethan, in February 2021. At the time of Ethan’s birth, the couple was happily living in Karine’s native country of Brazil. However, since that time, they have returned to Louisville, Kentucky with their two children.

Mid-2020 saw Karine and Paul making headlines after an explosive fight, which resulted in the police visiting their home on two occasions. Karine was pregnant with Ethan at the time. Both parties took out restraining orders against each other, which were eventually dropped in September 2020.

Since that time, the marriage seems to be a happy one, at least until a few weeks ago when the former 90 Day Fiancé stars appeared to be going through another bad patch in their relationship.

As reported by In Touch, on August 8, Paul hit his Instagram Story, writing “I did not deserve [to have the] police called on me.” He continued, writing “I am tired of false allegations and accusations. I do everything I can to keep people happy. Even recent travel. Teaching to drive. Getting all Brazilian documents translated and certified to go to an American college. Pushing to make friends. But I am always the bad guy.”

While it isn’t clear exactly what had happened, Paul later shared a message, thanking his mother for allowing Ethan and Pierre to visit her house “during these hectic times.” While Karine made no comment about the cryptic post, she did thank her fans for their messages of support in a caption, written in Portuguese.

With Paul’s latest Instagram Story revealing the Clearblue Advanced Digital Ovulation Test, it seems their problems are once again resolved. Fans will now have to wait and see if Karine does fall pregnant with their third child. Maybe it will be a girl this time?